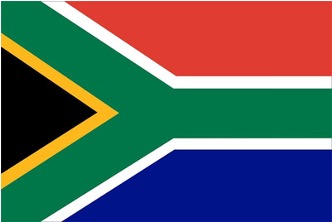 On the 16th of November, during the 41st session of the Universal Periodic Review (UPR), the Human Rights Council held an interactive dialogue with UN Member States on the fourth review of South Africa. The review is based on documents, including the national report, which was submitted on the 24th of August 2022 (A/HRC/WG.6/41/ZAF/1).

During the interactive dialogue, several concerns and issues were raised by the participating delegations that South Africa in turn attempted to address. The main issues presented by the delegation coalesced around violence, namely xenophobic violence, gender-based violence, and violence against LGBTQI+ persons. In addition to femicide, the reproductive and sexual rights of women and girls, trafficking in persons and systematic failures to implement policies, measurable targets and National Strategic Plans (NSP) in order to show progression.

Geneva International Centre for Justice (GICJ) commends the efforts and developments South Africa has made since the last UPR cycle. However, we are extremely concerned with the reports of violence against minorities and the systematic failures of the country to implement NSPs that will protect those experiencing violence. GICJ urges South Africa to take into consideration the recommendations made by the delegations to tackle the systemic problems of hate speech, hate crimes, xenophobia, and systemic discrimination.

The UPR is a unique process, established in 2006 (Res. 60/251) which involves a review of the human rights records of all UN Member States. The UPR is a State-driven process, under the auspices of the Human Rights Council, which provides the opportunity for each State to declare what actions they have taken to improve the human rights situations in their countries and to fulfil their human rights obligations [1]. As this is the 4th UPR for South Africa, the country will be following up on the recommendations made in the 3rd review in accordance with resolution 5/1. South Africa’s previous UPRs took place in 2008, 2012, 2017 and now 2022.

The following documents will be examined during the review: (1) South Africa’s recent national report; (2) information provided by Special Procedures and human rights treaty bodies which refer to mechanisms that the HRC established, and (3) the summary of stakeholders’ information in accordance with resolution 5/1. Stakeholders include, but are not limited to, civil society groups and human rights institutions.

Geneva, 16th November 2022. At the 41st Session of the Universal Periodic Review, an interactive dialogue took place between delegations regarding the human rights situation in South Africa. 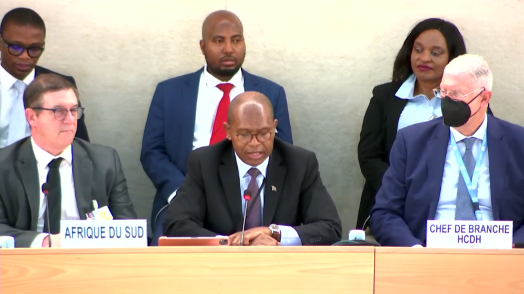 During the interactive dialogue Mr. John Jeffery, Vice Minister of the Department of Justice and Constitutional Development, firstly thanked the Human Rights Council and all UN Member states for their participation in the UPR process. Mr. Jeffery outlined how the UPR allows South Africa to share what steps have thus far been taken to improve human rights in their country and to fulfil the country’s human rights obligations. Mr. Jeffery then handed the floor to Mr. Mxolisi Nkosi, the Ambassador and Permanent Representative of South Africa to the United Nations in Geneva and Other International Organisations in Switzerland,to introduce the remaining delegation and present the country’s report.

Mr. Nkosi emphasised the value that the country places on the UPR, by noting that two other deputy ministers were joining the review virtually. Furthermore, Mr. Nkosi noted that the previous recommendations focussed on hate speech, hate crimes, racism, and other forms of discrimination, much of which are committed against migrants and foreign nationals. Mr. Nkosi noted that this is due to scarcity of resources and stability foregrounded by the ‘stubborn legacy of three and a half centuries of colonialism, racial discrimination, the denial of rights, apartheid and economic, social and political exclusion of the great majority of the population’ that the South African government has been working hard to deal with and reverse the effects of. Further, those who commit such acts are charged accordingly.

Following the opening remarks, the floor was given to the delegations where South Africa faced critical questions surrounding the prominence of xenophobia, the rights of women and girls, and systematic failures to implement policies, measurable targets and National Strategic Plans (NSP) in order to show the progression.

Minority rights were an important point of discussion over the course of the review. After reports of violence against minority groups, the delegation of the Republic of Cameroon recommended to  South Africa that they accelerate the promotion of non-discrimination which minorities, women, peoples with disabilities, and other vulnerable groups are victims of.

Gender equality and the human rights of women and girls

Israel noted the need for South Africa to end harmful practices, including but not limited to forced medical interventions to ensure the bodily integrity of children. Israel noted that the continuation of these practices is due to the systematic failures in implementing  policies to address gender-based violence which has resulted in high levels of domestic violence and femicide.

Additionally, numerous other delegations, such as the Netherlands, Ireland, Philippines, and Panama made recommendations to further implement and enforce the rights of women and girls.

The delegate for the Netherlands recommended that South Africa provide adequate funding and resources to deliver on the outcomes of the NSP on Gender-Based Violence and Femicide and to take all necessary measures to provide gender-sensitive training programmes for law enforcement agencies, national prosecuting authorities and judicial officers.

The delegate for Ireland welcomed the progress South Africa has made since the last UPR cycle in 2017. Particularly the establishment of the NSP on Gender-Based Violence and Femicide. This legislation was passed in 2022 to provide a multi-sectoral and inter-sectoral approach towards the implementation of the NSP at national, provincial, local and community levels within South Africa. However, Ireland remained concerned about the current lack of implementation of the NSP.

Further, the delegate of Panama highlighted the need for South Africa to step up its current efforts to create a national council against gender-based violence and femicide due to the current lack of implementation.

Israel noted the growing concern over the prevalence of discrimination against LGBTQI+ peoples and communities in South Africa. Additionally, the pervasive and harmful practices and discrimination faced by intersex persons.

Israel recommended that South Africa introduces a substantive framework to investigate and prosecute all cases of violence and discrimination against LGBTQI+ persons.

Further, Slovenia noted their concern that South Africa is still a source, transit and destination country for sex trafficking that gravely affects women and girls. The protection of victims of trafficking is one of the core principles of international anti-trafficking policies. Slovenia recommends that South Africa fully implement the Prevention and Combating of Trafficking in Persons Act 7 of 2013, to ensure traffickers are persecuted and held accountable. 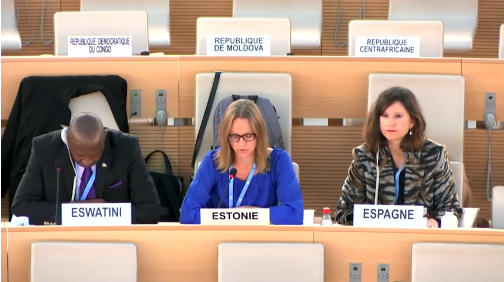 Several delegations such as Estonia, Ireland and the Philippines noted their concern for reports of xenophobia in South Africa and recommended that the country ratifies the International Convention on the Protection of the Rights of All Migrant Workers and Members of Their Families.

Estonia recommended South Africa ensure accountability for the crime of xenophobia by adopting a substantive framework to enforce the National Action Plan (NAP) against the act.

Further, the delegate of Ireland remained concerned about the rising numbers of attacks against human rights defenders (particularly that of women) and a subsequent rise in reports of xenophobia against those who enter the country. Irelandrecommended a review of laws restricting the work of human rights defenders.

Geneva International Centre for Justice (GICJ) acknowledges the elements of progression South Africa has made thus far since the previous cycle of the UPR in 2017. However, GICJ urges South Africa to increase the promotion of non-discrimination against minorities, peoples with disabilities, the LGBTQI+ communities and other vulnerable groups who are victims of violence.

We remain disturbed by the reports of discrimination and violence still being faced on the grounds of gender. We called on the country to develop gender-based violence targets and strategic plans to actively advocate for change.

We urge South Africa to remove reservations of the Prevention and Combating of Trafficking in Persons Act.

Last, GICJ strongly deplores the reports of xenophobia. We urge South Africa to ratify the International Convention on the Protection of the Rights of All Migrant Workers and Members of Their Families to protect the rights of those entering the country.