On 27 – 28 June 2019, Geneva International Centre for Justice (GICJ) participated in a two-day International Conference on the Question of Jerusalem organized by the United Nations Committee on the Exercise of the Inalienable Rights of the Palestinian People.

Focused on the theme of “Preserving the cultural and religious character of Jerusalem,” the conference was an important opportunity to address the issue of Israel’s policies and measures aimed at the forcible change of the character of Jerusalem. Several experts, including internationals, Palestinians and Israelis, had the opportunity to discuss the political, legal and socio-economic consequences of Israel’s actions. Among these, the threat of derailing any prospect of a peaceful solution to the Question of Palestine. 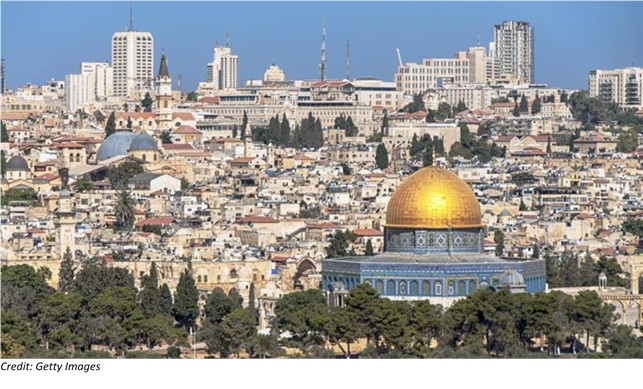 Status of Jerusalem and Palestinian Land

During the conference several experts addressed the issue of the legal status of Jerusalem under International Law in the context of a final peace settlement. The first panellist, the Minister of Social Affairs of the State of Palestine, Mr. Ahmad Majdalani, talked about recent political developments and prospects of a US peace plan. He began stating the crucial role of the city of Jerusalem for the Palestinian people and how Israel has worked to abolish their presence. The practices of the Trump administration have led to an acceleration in the adoption of discriminatory policies by Israel. He reaffirmed how Trump’s decision to recognize Jerusalem as capital of Israel is illegal and against international law. The international community has recognized no portion of Jerusalem as capital of Israel, and all the decisions of the General Assembly recognize Jerusalem as an occupied territory. Despite these facts, the US is attempting to force other states to also relocate their embassy to Jerusalem. The US message to the Palestinian people is that Palestine does not constitute an independent entity, and the people do not deserve diplomatic representation.

He showed how Israel is constantly changing the geographic shape of the Holy City, as well as destroying the nature of the Old Town, that is now in very serious danger. The attacks on the city’s character do not only target Muslims but undermine Christians’ rights as well. The political conflict is shifting into a religious conflict with very serious consequences. He also talked about the US decision to cut off funding to UNRWA, which represented more than 40% of its budget, in an attempt to force the redefinition of Palestinian refugees.

He concluded by stating how the US plan encourages Israel to continue colonialism activities and to deprive Palestinian of their fundamental rights. In order to end 50 years of systematic violations and crimes perpetrated by Israel, international law must prevail. 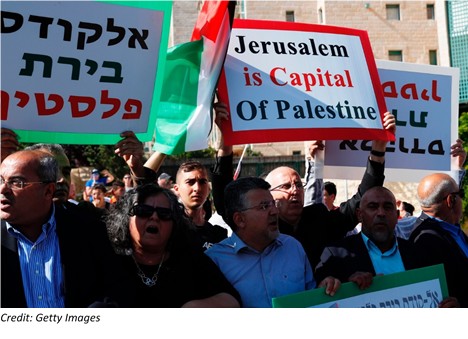 The second speaker was Yael Berda, assistant professor at the Hebrew University, who spoke about Israel’s powers of legislation, taxation and judiciary under international law. She underlined how this is a very important political issue reflecting on the daily lives of residents of East Jerusalem. Particularly, she showed how Jewish and Palestinian residents are almost paying the same amount of taxes, but more than 90% of the total budget goes to Jewish residences. Palestinians are subjected to different policies than Jews, not only regarding freedom of movement and closure, but also in regards to their residence permits. She concluded by saying that taxation has become another way to violate Palestinian rights.

The topic of expropriations, demolitions and major Israeli infrastructure projects was addressed by a Palestinian lawyer based in Jerusalem, Mr. Mohammad Gbara. He showed how since the Occupation began in 1967 Israel has undertaken a series of measures aimed at achieving the ultimate objective of a demographic and geographic occupation of Jerusalem. Israel has done this by applying its laws in a way that is not logical or fair but discriminatory against Palestinians.

According to Mr. Gbara, all the land expropriated in Jerusalem over the years has been taken by Israel from Palestinian residents. This is how Jews before 1948 possessed less than 30% of the land, while now they possess 80%. He said Israel has carried out expropriation on the pretext of the “public interest”. These practices violate the right to property enshrined in the constitution of Israel. He also mentioned another example of a law created to take Palestinian land: the Absentees’ Law. This law authorized Jews to expropriate and keep lands belonging to those Palestinians who fled during the 1948 and 1967 conflicts. The Israeli Court confirmed the applicability of this law generally, stating that it is not applicable just in a few cases. The decision has allowed Jews to keep and preserve all the land expropriated, even if they do not use it.

To conclude he showed how the law on planning and construction, adopted by Israel in 1965 (two years before the occupation), was clearly not designed to cover the situation that was created two years later.  However, the law was applied unfairly and in a discriminatory way. The use of the law has allowed the refusal of construction permits to Palestinians as they do not live in the “concerned areas”. Defining East Jerusalem as an occupied territory under international law has very important legal ramifications, especially for the legality of the law on Palestinian properties. 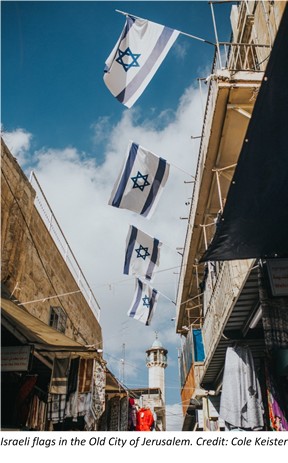 The discussion continued with the topic of Challenges to Safeguarding the Cultural Heritage of Jerusalem. The first panellist, Mr. Nazmi Al Jubeh, an expert of history and archelogy at the Birzeit University, talked about the protection of cultural sites under occupation. He talked about the ongoing systematic changes of the cultural landscape of the Old City of Jerusalem (for example, by planning the construction of a cable car or by building new structures at the edge of the city). These changes make the inhabitants feel like foreigners in their own city.  The Old City is now full of soldiers and Israeli flags, giving a completely different imagine from what the place was like in the past: a traditional Arab City. In addition, he underlined the many difficulties faced in order to protect and defend the cultural sites due to the occupation.

Ms. Yudith Oppenheimer examined the issue of Israeli settlement policy in the Old City and its environs, underling how a permanent political status of the Old City can only be determined through a comprehensive negotiated agreement between the two political entities: Israel and Palestine. Such an agreement will have to ensure access by all worshippers to their Holy Sites. However, the Israeli government is working in the opposite direction, towards the official annexation of settlements blocks making up more of Jerusalem. 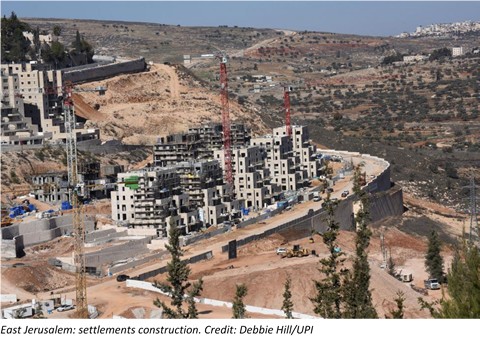 Israel has consolidated its control of the Old City. Settlers receive supports directly or indirectly from the State while Palestinian communities are constantly under threat of being evicted. Israel purposely fractures Palestinian areas by creating small settlements inside Palestinian neighbourhoods. The intensification of settlements imposes an exclusive nationalistic Israeli rhetoric and erodes the Palestinian presence.

During the Conference, other important themes were also discussed, such as: The Role of Christian Lobbies in the United States and Abroad in Preserving the Status Quo of the Holy Sites, Custodianship of Muslim Holy Sites, and Challenges in the Free Access to Holy Sites.

GICJ believes that the Conference was an important opportunity to highlight new developments in the complicated issue of Jerusalem and maintains that prompt actions are needed by the international community in order to prevent Israel’s plans to change the character of the city. GICJ urges the international community to stop the US actions that actively and indiscriminately support Israel in its violation of international law. GICJ also calls on States to actively participate and cooperate in order to put an end to the violations perpetrated against Palestinians when it comes to the status and access to the City of Jerusalem. States should also consider the adoption of real sanctions and penalties against those countries that decide to relocate their embassy to Jerusalem, since this would constitute the acceptance of the illegal annexation of East Jerusalem, which is in direct contravention of international law and UN Resolutions.