Report of the Enhanced Interactive Dialogue: Oral Update Group of Eminent Experts on Yemen on the situation of human rights in Yemen and the development and implementation of Resolution 45/15

For the 46th Regular Session of the Human Rights Council, the Group of Eminent Experts on Yemen (GEE) submitted its latest report, which was discussed on 25 February 2021 along with the Resolution 45/15. On October 6, 2020, the Human Rights Council adopted Resolution 45/15, which depicts the human rights situation in Yemen, reaffirms the Council’s support of the Secretary-General and his Special Envoy in Yemen, and welcomes the report of the GEE, among other concerns. The report of the GEE focused on alleged violations which occurred between July 2019 and July 2020. Through the report, the GEE established the breaches of international law committed by the parties involved and suggested a list of recommendations directed towards the different groups involved in the parties as well as external groups.

The interactive dialogue on February 25th, 2021, began with the statement of Mr. Kamel Jendoubi, Chairperson of the GEE, in which he reiterated the main issues drafted in the report and focused on different topics, such as the lack of women representation in sustainable and peaceful resolutions, and the problematic detentions in Yemen. As a response, the country concerned, Yemen, declared its opposition towards GEE’s mandate by highlighting that the group is unreliable and politicized. Yemen urged the Council to consider compliance with Resolution 26/45, notably Article 10, as this will allow the national commission in Yemen to monitor abuses and violence in the country.

Throughout the interactive dialogue, it became clear that two divided opinions and statements were prominent. Most of the countries in the African Group and the Asia and Pacific Group have agreed that national sovereignty must be ensured for the government of Yemen. These countries have also agreed that the mandate and the report presented by the GEE lacks transparency. On the other hand, the Western European Group along with certain countries from different regional groups have agreed that the GEE’s report is transparent and trustworthy. For instance, the European Union and the Nordic-Baltic states are concerned with the legitimacy of the Yemeni government and have reiterated their support for the mandate of the GEE.  Many NGOs, such as Women’s International League for Peace and Freedom, Reporters Without Borders, and Save the Children International, declared their support for GEE’s report, and provided additional information about the situation in Yemen, such as the gender-based and sexual violence or the detained journalists under the authority of the Houthi court.

Geneva International Center for Justice (GICJ) believes that the human rights situation in Yemen is appalling and that all parties involved are committing grave violations of international law and international humanitarian law. GICJ urges the international community to pressure the parties involved to cease all acts of violence against innocent civilians. The community must do so by reiterating the violations of applicable human rights law and international humanitarian law. We strongly recommend states to support the efforts made by the Special Envoy of the Secretary-General for Yemen, to achieve sustainable peace and ensure the cessation of hostilities.  The needs of Yemeni citizens must be prioritized. Tens of thousands have died. More than 20 million are in need of protection and assistance. The country is heading towards the worst famine that the world has seen in decades. The world must provide support through peaceful political participation and accountable governance. 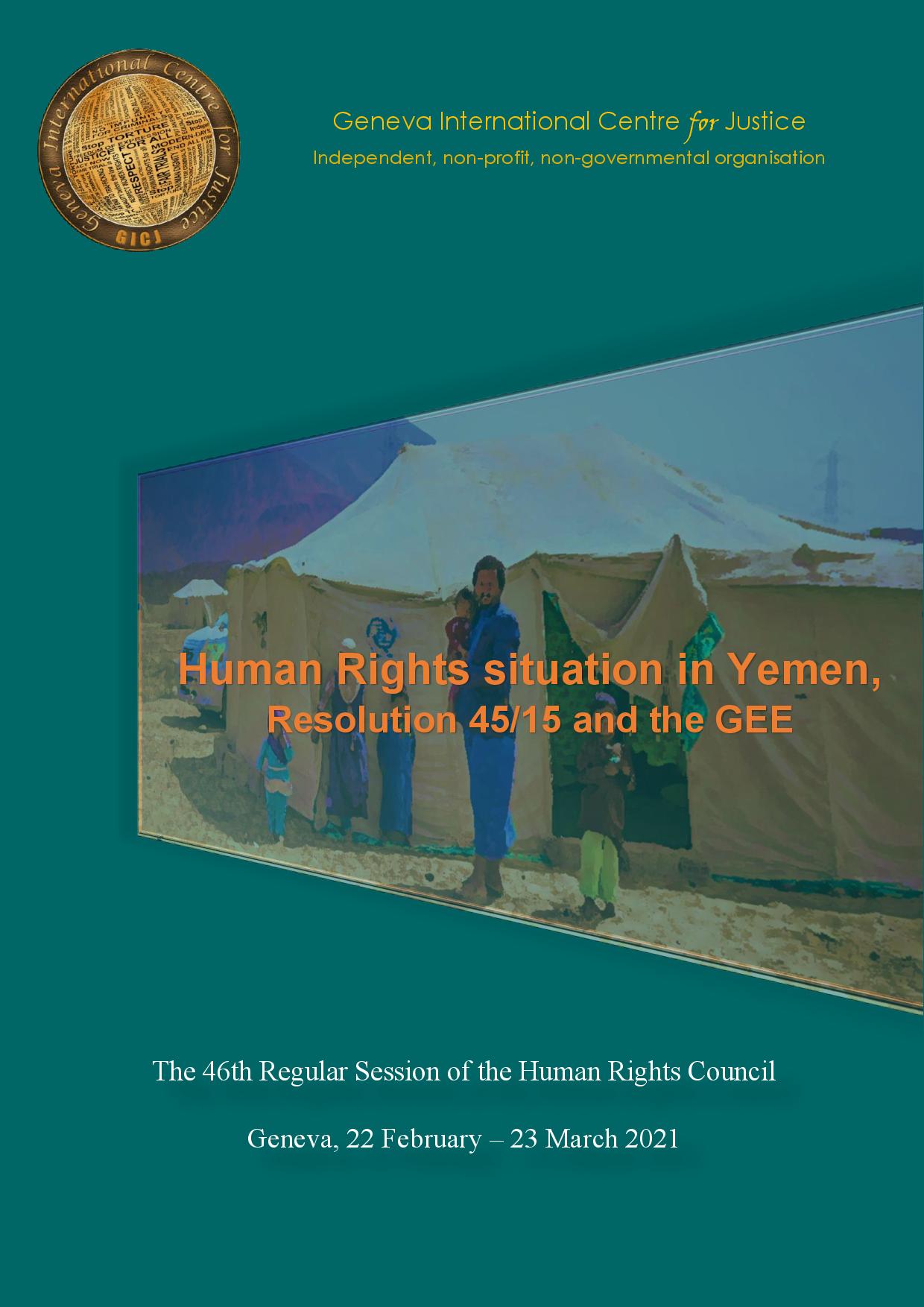