The US invasion of Iraq was based on lies and has lead to unspeakable horrors. It is time for accountability, says former UN representative to Iraq, Hans von Sponeck.

The books of the UN contain no reference to "regime change", nor is it in the law books. Regime change is a term coined by western governments, especially the US, to describe a policy that has no basis in international law.

Externally induced regime change has never solved international conflicts. On the contrary, it has intensified them wherever they have been attempted. Innocent civilians are invariably the victims. There are many examples, with Iraq being the most prominent.

Following years of clandestine co-operation between US spies and Iraqi opposition groups, the US Congress came out into the open by approving the Iraq Liberation Act, which stated that US policy should seek to "support efforts to remove the regime headed by Saddam Hussein".

The US legitimised this invasion by insisting that Saddam's Iraq harboured weapons of mass destruction and cooperated with terrorism networks, including al-Qaeda. 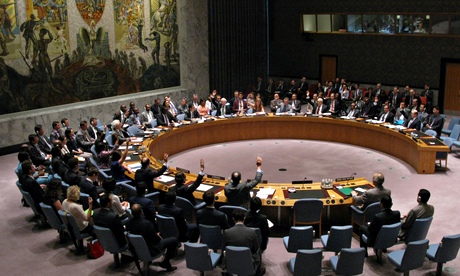 The politics of fear

US think-tanks promoted fear. Statements released to the public included: "Because of the limited capability of Iraqi conventional military forces, its WMD programmes loom even larger," and "There is... a general suspicion that Iraq is working on a variety of terrorist contingency plans in case Saddam finds it necessary to strike the United States."

The Bush administration welcomed wholeheartedly such insinuations advanced by alleged scholars including  Kenneth Pollack, a fellow for the US Council on Foreign Relations, who is identified on the cover of his 2002 book, The Threatening Storm, as "one of the world's leading experts on Iraq".

It is now a fact of history that Iraq had no WMD, as Iraq's deputy prime minister, Tariq Aziz, told various UN chief arms inspectors including Richard Butler and Hans Blix, the former a henchman for US interests. Some UN arms inspectors had indeed confirmed that since 1995 Iraq was not a threat.

Links with terrorist groups also went unproven, and many knew the claims to be false even before the invasion. Iraq, a secular republic, had no interest in allying with fundamentalist groups like al-Qaeda.

Without these WMD and terrorist fabrications, there would not have been any basis for US authorities to argue that Iraq posed "a threat to many of its neighbours in the absence of US forces".

Facts are stubborn things. Thirteen years of sanctions had kept the government of Saddam firmly in place, the UN "oil-for-food programme" had become a political tool and the people of Iraq were being exposed to "unavoidable collateral damage". 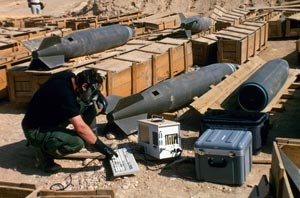 John Negroponte, the US ambassador, did not hesitate to confirm this to the US Senate in April 2004: "Although the flow of humanitarian and civilian goods to Iraq was a matter of strong interest to the US government, it should be emphasised that an even greater pre-occupation throughout the period of sanctions was to ensure that no items be permitted for import which could... contribute to Iraq's WMD programme."

Following the 2003 invasion and the lifting of sanctions, the full scale of human misery became known. In 2002, 132 of every 1,000 Iraqi babies died before the age of five, according to Unicef - second only to Afghanistan.

The UN estimated at the time that about 60-75 percent of the population had been dependent on UN support.

The tragedy for the Iraqi people, international law and the standing of the UN is that the voices from within the UN secretariat in both Baghdad and New York, as well as some members of the UN Security Council, had been warning of the consequences of such policies.

They were drowned out by Washington and London in favour of an uncompromising bilateral regime change dictated by pure self-interest.

To ensure as tight a cover-up as possible, no means were spared:

* The falsification of facts was encouraged, a severe hindrance for the UN in Iraq;

* obtaining supplies was turned into a tortuous bureaucratic process to ensure long delays;

* agents were sent to infiltrate the UN Iraq operations;

Brazil's courageous ambassador to the UN in New York, Celso Amorim, used Brazil's presidency of the security council to review the human conditions in Iraq.

He convened in 1999 an Iraq panel on the adequacy of the oil-for-food programme. Soon after the Amorim, under strong pressure from Washington, was transferred out of New York.

Following the release of the panel report, the permanent representative of Malaysia to the UN, Dato Agam Hasmy, addressed the security council in a speech that will remain forever an honourable and powerful testimony of courage: 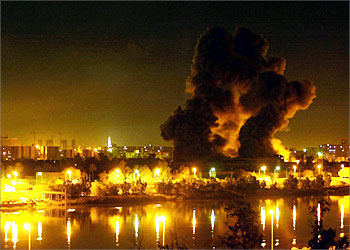 In 2003 the government of Saddam had been eliminated and Iraq had been "liberated". According to US authorities, Iraq was finally eligible for democracy. In 2015, 12 years after the invasion and four years since the end of occupation, Iraq is facing myriad difficulties at national, regional, local and personal levels.

While the Islamic State group is featured as "the" issue in Iraq, there are other serious problems. Wars, sectarianism, civil conflict and crime are shaking the country's foundations.

Many children are not in school, the education system is permeated by religious divisions, Iraqi academics have been subjected to abductions, extortions and random killings, Iraq has become one of the transit points for opium and cannabis, millions of Iraqi children are orphans and there are an estimated one million female-headed households.

Those responsible have refused to accept responsibility. They have become either mute or insist that the infamous "bigger picture" justified the means.

They absolve themselves of today's conditions in Iraq. They ignore their part in the destruction of Iraq's physical and social infrastructures, for the use of proscribed munitions such as depleted uranium and white phosphorous, for brutality and horrific torture during eight years of occupation.

No one can forget the photographs of Satar Jabar, the "hooded man of Abu Ghraib".

The US Senate assessment of CIA torture released in December 2014 by US senator Diane Feinstein - a brave act of necessity - confirms in intricate detail that so-called "enhanced interrogation techniques" were widely used.

The report corroborated that deliberate misrepresentation of facts and events by US authorities, especially the CIA, intensified after 9/11.

The torture report points out that much of the so-called US "war on terrorism" was justified and legitimised by entirely false claims.

The release of the torture report has encouraged the Kuala Lumpur War Crimes Commission to submit two volumes of torture evidence to the recently appointed new chief prosecutor of the ICC in the Hague. 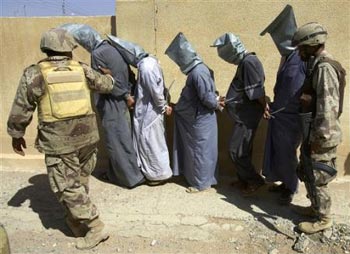 This information has been collected from prisoners who were tortured in Abu Ghraib, Bagram and Guantanamo.

With reports like these laying bare the crimes committed in the name of "regime change" and the "war on terrorism", now is the time for political accountability.

Thirteen years after the invasion there has been a shift from US unilateralism to multi-polar international decision-making. This provides important new perspectives for the end of impunity.