On 10 June 2014 the President of GICJ, Hans-C von Sponeck, held a presentation under the title “Iraq – What Next?” during a hearing at the UK House of Commons, London. In his role as former UN Assistant Secretary General and UN Humanitarian Coordinator for Iraq, he provided two detailed observations about the externally-driven Iraq politics during the period 1990-2014. 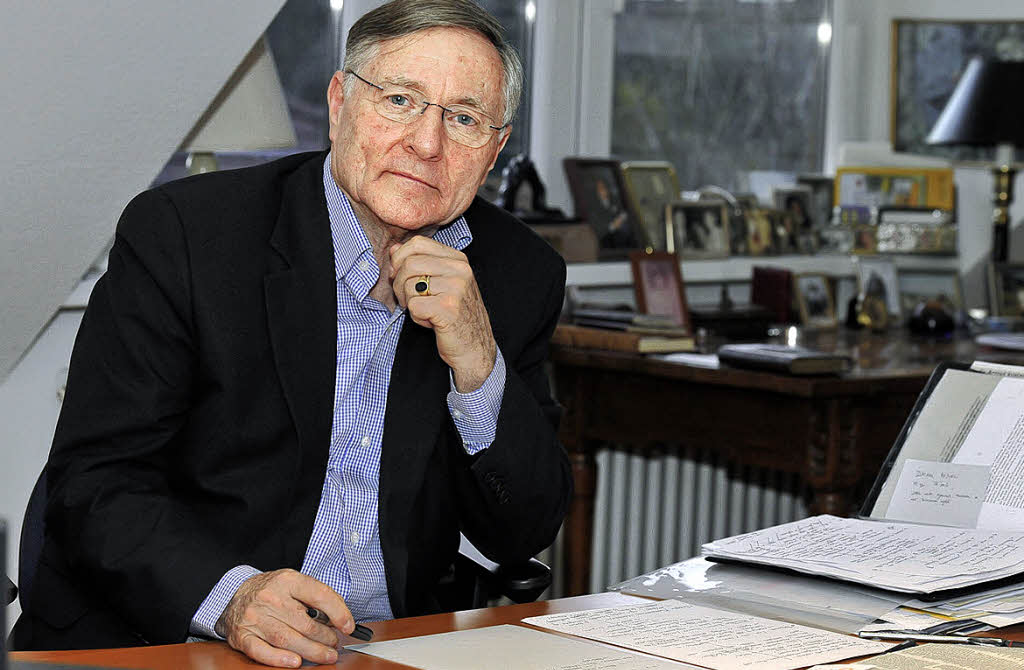 Hans von Sponeck began his presentation by explaining that today’s tragic Iraq reality can only be understood if the additive impact of the years before and the years following the US/UK Governments’ illegal invasion and occupation is fully taken into account. To this end he distinguished 3 distinct time periods that all together have contributed to the current calamity.

The 13 years of sanctions imposed on Iraq were the most comprehensive economic and financial sanctions ever levied on a country by the UN Security Council (UNSC). Initially the UNSC did not provide any social safety net whatsoever. The Iraqi people were at the mercy of voluntary external donations and these turned out to be well below the minimum estimated by the UN Secretary General to sustain life.

Supposed to be an UN humanitarian exemption, the oil-for-food programme, began only in December 1996. It provided important but severely inadequate subsistence support, amounting to a paltry.51 cents (US) worth of supplies/person/per day. This ‘humanitarian’ programme authorized by the UN Security Council was entirely (!) financed from Iraq’s own resources (oil revenue) and the word ‘humanitarian’ is therefore a misnomer!

One compelling statistic of misery resulting from this reality is that during the years of UN sanctions, Iraq’s child mortality rates were  as high as 132  of  1000 children dying before reaching 5 years of age. Together with Afghanistan  these rates were among the highest  in the world. (UNICEF) A sobering conclusion about the irresponsibility of the UN Security Council was presented in 2000 to the Council by the Ambassador of Malaysia to the United Nations, Dato Agam Hasmy:

An illegal invasion and subsequent occupation

The 2003 illegal invasion and 8 years of occupation constituted a period of dismantling every fiber of Iraqi society. There is evidence of horrific violations of the Hague and Geneva Conventions by the occupying powers symbolized by the “Iraqi man with the hood” in the Abu Ghraib jail. People’s courts and tribunals concerning Iraq held in many parts of the world have credibly established the culpability of western leaders, especially former US President Bush and former British Prime Minister Tony Blair. The most detailed evidence has been compiled by the Kuala Lumpur War Crimes Commission (KLWCC) of which Denis Halliday and I are members. We would like to present to Lord Megginnes of Drumglass of the House of Lords and MPs Jeremy Corbyn and George McDonald as well as other participants two volumes of torture and war-crimes related evidence compiled by the KLWCC.

Since the departure of US and other foreign forces from Iraq, social and political chaos has further intensified in the country. The Kurdish-Arab divide is deeper than ever before. Sectarianism and the danger of disintegration remain. Civil-war like conditions in central Iraq have increased. Terrorism and criminal violence have become part of daily life in many parts of the country. National re-building following wars, sanctions and occupation is far below people’s rightful expectations.

Credible data and additional indicators are available from a wide variety of international sources. One must ask how much can a people endure?

The second observation Hans von Sponeck addressed the question of how to build ‘necessary bridges’ (HoL) to facilitate a return to a human-rights minded political climate in Iraq, which he wholeheartedly supported. Justice, peace and accelerated nation re-building must be the priority of the moment. There was no UN Security Council commitment in this respect when himself and his colleague and close friend, Denis Halliday, served in succession in Iraq, von Sponeck said and this was the reason that both of them subsequently resigned.

The tragedy of Iraq and its implications

It is crucial to realize that the Iraq tragedy has wider implications for the way in which the community of nations lives together. There is great urgency for UN reforms. The perpetrators of 24 years of continuous mistreatment of a people are known. Large amounts of evidence in this regard has been collected. Sir John Chilcot’s demand to have key evidence of possible war crimes by occupation forces published should be respected. The same applies to other evidence involving years of sanctions and occupation. The United Nations and member countries should no longer be allowed to make excuses to avoid releasing such evidence to the public.

To arraign perpetrators involved during any of the three time periods identified above and the preparation of court cases must no longer be considered utopian. Ending impunity remains a serious demand from civil society. Qualified individuals are available to prepare specific court cases and time lines as well as to mount campaigns to obtain civil society funding. The ICC must be made increasingly aware that their reluctance to accept the mandate and responsibility for hearing Iraq cases against former senior US and UK officials has become unacceptable. The submission by Public Interest Lawyers in the UK of cases of military abuse in southern Iraq is a significant step in challenging the ICC to accept the Iraq file.

Iraq continues to pay compensation for damages resulting from its 1990 invasion into Kuwait. As of April 2014  $46 billion have actually been paid. The UN Compensation Commission must begin to consider counterclaims by Iraqi society for the physical and mental damages afflicted on Iraqi citizens as a result of two wars, sanctions, occupation and the illegal use of munitions. Continued support from both houses of the UK Parliament will give the credibility a justice-for-Iraq process requires and the respect Iraqi society deserves.