Iraq: Use of Violence Against Peaceful Protests Rally in Baghdad 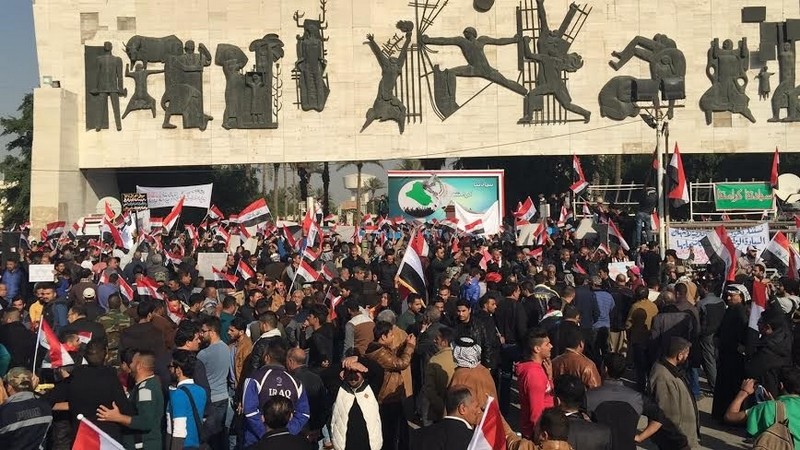 On the 20th of February 2017, Geneva International Centre for Justice (GICJ) sent a letter to Mr. Zeid Ra’ad Al Hussein, the United Nations High Commissioner for Human Rights, in light of recent cases of violent closure of democratic space in Iraq. The letter reiterates that despite frequent reports of cases of abuses and repression, the Iraqi government unabatedly continues to severely infringe on its citizens’ fundamental rights, including freedom of expression and association – cornerstones of democratic debate.

On the 11th of February, following a series of peaceful civil demonstrations at Tahrir Square in downtown Baghdad, government forces dispersed the protests with heavy use of arms and violence, by firing tear gas and rubber coated bullets at thousands of anti-government supporters. The demonstrators were demanding electoral reform for the commission members supervising the upcoming provincial elections in September when the attack took place. At least 320 protestors and seven police officers were wounded as violence gripped the rally, including journalists, women and children.

During the protest, demonstrators gathered near the Green Zone, a protected area under surveillance from government forces and diplomatic armed protection, which incorporates a cluster of embassies, International Organisations, government Institution buildings and houses of a number of political figures residing in the wide arena.  Despite the protests being conducted in a peaceful manner, riot police reacted violently by firing tear gas when the crowd tried to move towards the zone, which further aggravated civilians when government forces tried to separate them using live fire. Following the clashes, the body coordinating security operations in Iraq said several Katyusha type rockets were fired at the Green Zone from Baghdad, according to Joint Operations Command, which had been later confirmed by the Ministry of Interior and Police officials, without stating any victims or targets of the attack. Thus, as a result of the attack 7 people were killed during the encounter; two from the security forces and five civilian protestors, according to a police colonel who reported the deaths under condition of anonymity. In regards to the number of those injured, it is expected that no less than 200 protestors had suffered from physical injuries during the clashes on Saturday alone. 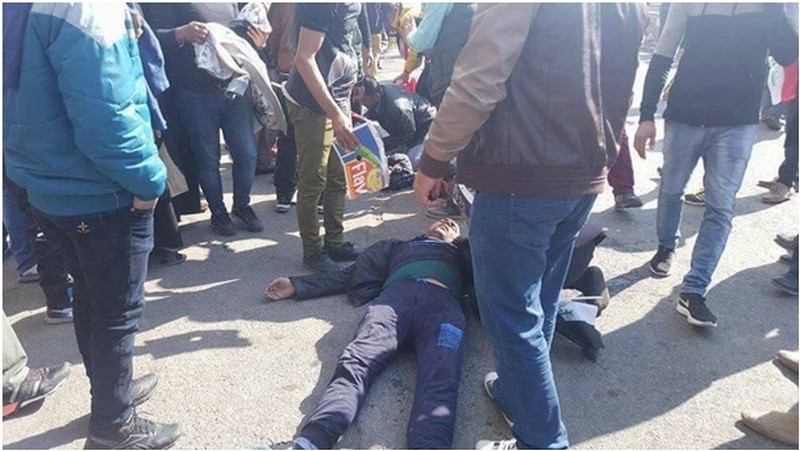 It appears that every peaceful protest in Iraq is turning deadly at the hands of governmental forces. The restriction of fundamental freedoms, either by law, or by a culture of fear, is contrary to human rights obligations which Iraq has committed itself to - and this situation must not be allowed to continue. Corruption, in addition to apparent underrepresentation in the Iraqi state, and its government bodies, have allowed a tense environment to form - as frustration and deep dissatisfaction with the system continues to build amongst the general public – who are suffering the repercussions of political instability from a war-torn nation. Moreover, the severe violations of human rights taking place in this context will only bring about further injustice and inequality to a turbulent region which has a history of mass atrocities, framed by an endless cycle of violence.

Similar strategic attacks have been carried out by government forces targeting certain figures, mostly journalists with anti-government rhetoric. These attacks include kidnap, abduction, harassment, assault, extortion and inflicting destructive damage on property against those who claim to pose a threat to government interests. The increasing cases of unjustifiable attacks witnessed in the previous months are consistent with the growing opposition. One such case which has been documented concerns an unfair trial held against a Journalist named Jamal AlDeen AlShahristani. The council unanimously voted on the decision to take Mr AlShahristani, the head of the Media Department of an Independent news agency, to court, based on charges of alleged provocation, after he expressed his views on social media, namely Facebook.  During the appeal, the press were denied access of entry to cover the weekly session by the Council of Karbala District, without any viable justification, despite their status as members of the independent press.

This is not the first time that the media has been prohibited from practicing their profession, and deprived of their freedom of peaceful assembly as well as freedom of expression. There are still existing many cases of abductions, killings and torture over the past years brought before the members of the National Security and Intelligence Service under the Interior Ministry, that have prosecuted critical members of the media such as press officials, journalists and reporters based on political journalistic trends by expressing their political views on certain groups, militias or government practices.

Another occasion that took place on a Sunday evening of the 2nd of January 2017, was the attack on the household of a civil activist called Thaer Abdul-Jabbar Al Jubouri in Iraq’s Babil province in the city of Qasim, using four bombs (improved incendiary explosives), causing severe damage to the property. Mr. Jubouri, the Director of Enkidu Centre for Youth Development has been directly threatened by a prominent figure with the name of Mohammad (unknown surname), who is affiliated to the governor of Babil province, Mr. Sadiq Madloul Mohammad. The victim stated that he was not the only one whose house has been targeted - a university professor, Mr. Abbas Ayda who teaches in the local Qasim AlKhadra and a police officer, General Muwaffaq from the Tleia’a police station also had their households assaulted, with all the external lights of their homes damaged. Despite the multiple complaints by victims of these attacks, the investigations were futile - and provided no concrete results or evidence. 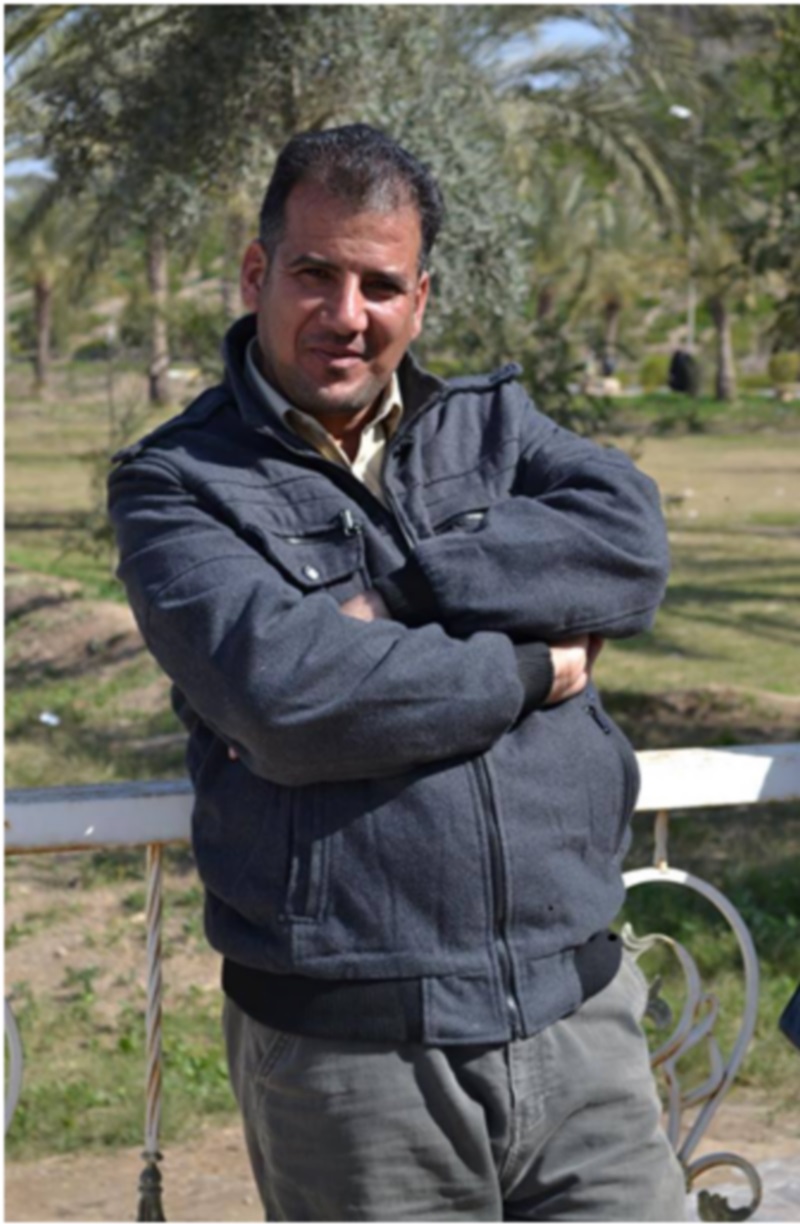 According to recent sources, on the Thursday evening of 01/26/2016 in the Iraqi capital Baghdad, Iraqi government forces were involved in the kidnapping the civil rights activists: Fadel Abbas; his daughter an engineer - Ghofran Fadel Abbas; and his son, aged 13 years- a student in the seventh grade- from their home in the Saidiya area southwest of Baghdad. After they were kidnapped, they were transported to an unknown location, via a Land Cruiser vehicle, that appeared to have no registration plate. It is worth mentioning that Mr. Abbas and his daughter are civilian social activists that have previously participated in protests at the Green Zone, the Iraqi government headquarters, and have constantly criticized the poor conditions in Iraq with regards to the security, social services and theft on the executive and government level. They have also shed light on the spread of the dangerous phenomena amongst youth (terrorist recruitment) in various publications over social media.  These publications do not cause any harm or offense in terms of the message intended, as the author urges young people not to be dragged into extremism and sectarianism, as such is the case with increasing trends of recent youth recruits in the region.  The mother claims that she had witnessed government forces forcefully breaking into the home via the outer door, then taking members of the family at gunpoint, pulling the daughter by her hair. It still remains unknown what happened to them since they were taken to this day.

It is noteworthy that this incident is not the first or the last taking place in Iraq - as there still is a number of activists who remain unaccounted for, and multiple open cases under investigation concerning persons kidnapped by government agencies, as well as cases of civilians who were released and exonerated based on a decision by the judiciary, yet were later abducted by government agencies regardless, and their fate still remains unknown.

A notorious episode exemplifying yet another illicit practice occurred in April 2013, when police forces killed at least 50 protestors and injured no less than 150 people in the attempt of shutting down a peaceful demonstration held in a camp in the town of al-Hawija near Kirkuk/Iraq. In such occasion, 4000 demonstrators peacefully gathered to express their frustration with the constant violations of their rights by the government of Nouri al-Maliki (the then Prime Minister). Despite having official permits, demonstrators were attacked by the army troops who stormed the camp and arbitrarily hit, killed and wounded the protestors with live ammunition, tanks and helicopters.

On 20th May 2016, another such protest was held in Baghdad’s Green Zone, to bring attention to government failings and corruption. Before it had even started, the Iraqi security forces threatened protestors with a statement warning that the protest was “unauthorised” and therefore illegal - threatening to deal with anyone armed as a “terrorist threat.” It ended with government security forces using live ammunition, rubber bullets, and gas canisters against the demonstrators for two hours - injuring over 200 people and killing four protestors.

A further example of such unlawful practice is the recent kidnapping – with subsequent release – of Mrs. Afrah Shawqi al-Qaisi, Iraqi journalist employed by a Pan-Arab newspaper based in London, and prominent critic of Iraq’s endemic corruption and government mismanagement. Afrah Shawqi was kidnapped from her house, where she lives with her two children, on Monday 26 December by eight armed men disguised as security officers. The attack took place few days after Mrs. Shawqi had expressed “anger that armed groups could act with impunity”. She was released on January 3, 2017, but Iraq remains one of the most dangerous countries for journalists, who are frequently targeted by governmental forces and militant groups. 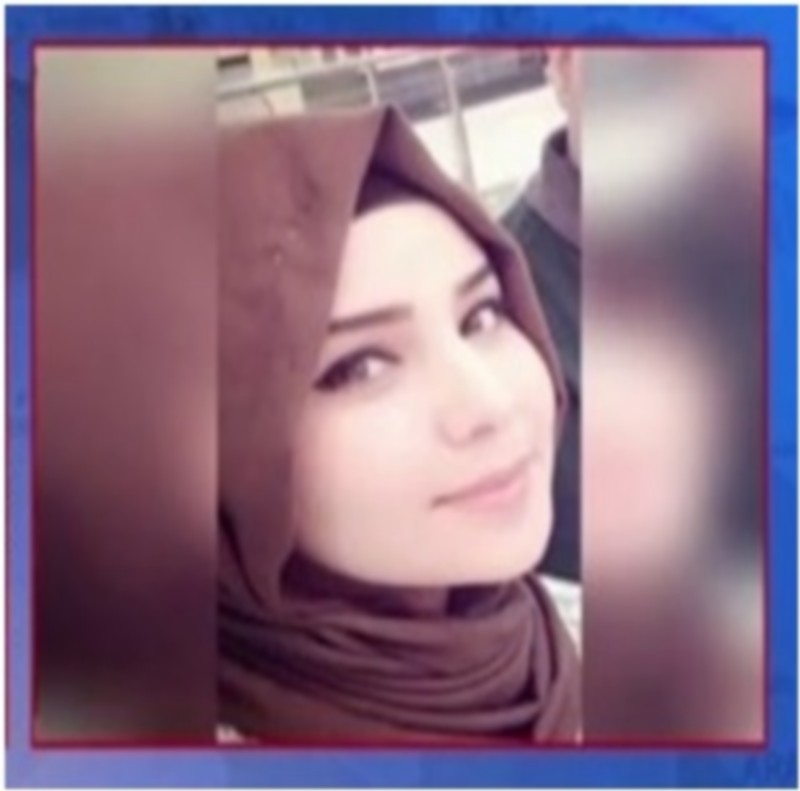 The above mentioned cases are just few examples of the tendency of the Iraqi government and armed groups to shut democratic space and to hinder the citizens’ basic freedoms. To date, Iraq is one of the most perilous countries for activists, journalists and dissidents. Sadly, it is clear that it is becoming an established trend for every protest to end in violence, while the government is allowed to continue its heinous and corrupt practices in the utmost impunity. While Iraqi Prime Minister, Haider al-Abadi, called on the participants in the rally to “abide by the law”, yet the government itself is not respecting its national and international commitments related to the protection of freedom of expression, freedom of movement, and freedom of assembly and peaceful association. In recent years, the Iraqi government has forcibly shut down democratic space by silencing all those who criticize its actions and policies. The use of excessive force and brutality against innocent civilians, human rights defenders, journalists, and activists have become violent trends, perpetrated in an appalling climate of impunity.

On legal and moral grounds, Iraq should show a stronger commitment to the inalienable and fundamental principles provided for by international law and international human rights law. Iraq should uphold the human rights obligations it has committed itself to – conscious of the renewed attentions of the international community on such cases. The climate of impunity surrounding the illegal practices perpetrated by governmental forces must end, and victims of the government’s excessive use of violence should be provided with redress and access to adequate and reliable legal remedies.

Moreover, democratic debate should be allowed, fostered and protected, as it is the fundamental basis for the creation of a lawful state, and for the implementation of international human rights obligations.