Iraq: Amendment to the Criminal Procedure Code and ratification of death sentences under militias threats 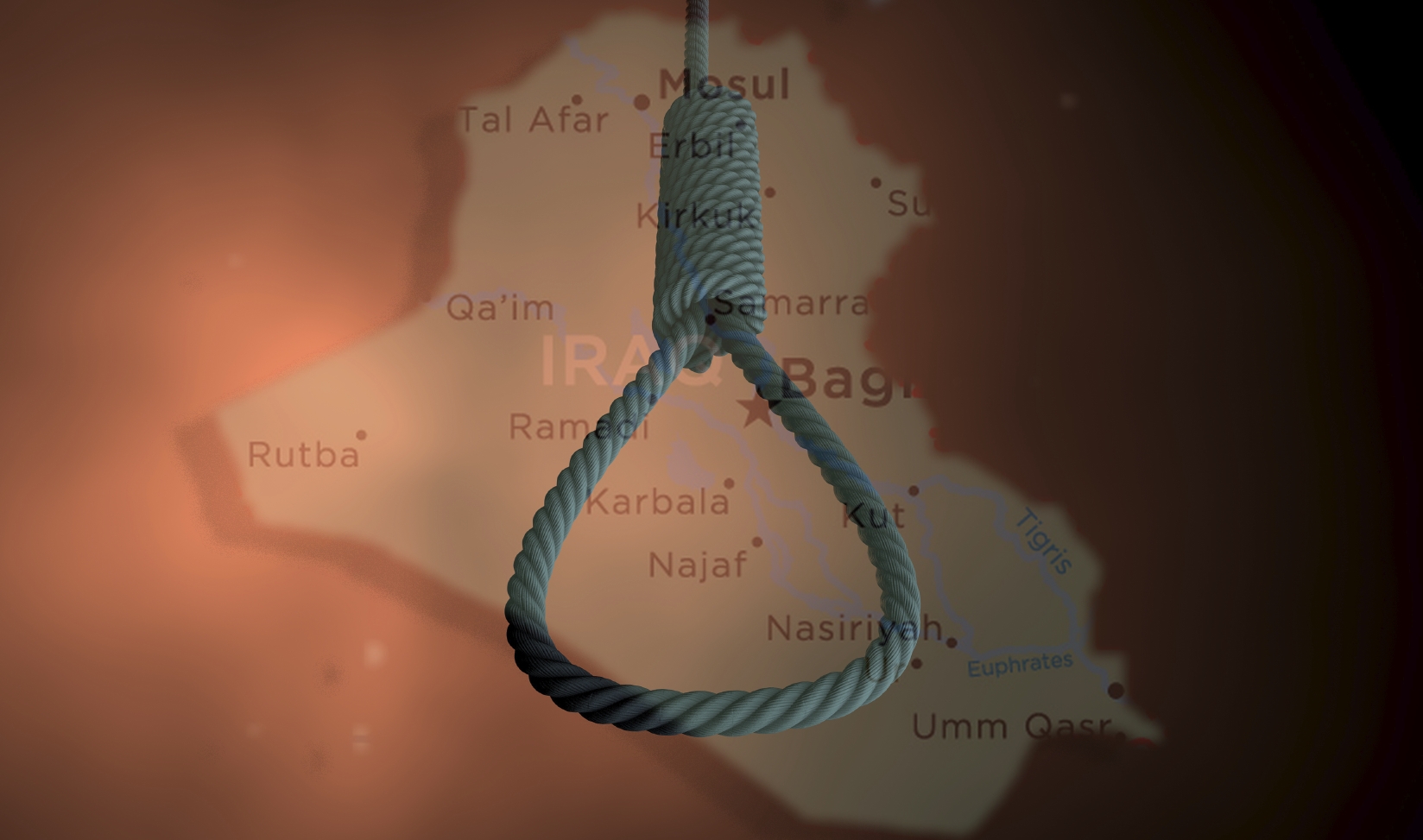 On the 20th July 2016, GICJ wrote to the United Nation High Commissioner for Human Rights to express its acute concern about the ratification of an amendment to the Iraqi Criminal Procedure Code and the pronouncement of a new batch of death sentences by the President of Iraq.

Both of these developments took place in the general context of threats expressed by militia leaders and political parties to unilaterally and illegally expedite executions, while requesting that those responsible for any delay in the carrying out of death sentences be punished.

It is already widely established that the Iraqi judicial system does not adhere to any of the basic international standards required for a fair trial. In this regard, it has been repeatedly condemned for accepting confessions extracted under torture and issuing death sentences based on secret informants and anonymous denunciations. Geneva International Centre for Justice (GICJ) has, on several occasions, reported that those individuals charged with terrorism charges are routinely deprived of the right to an effective defence and exposed to the worst forms of inhuman treatments while languishing in horrendous conditions of detention. Moreover, the Iraqi Anti- Terrorism Law No. 13, providing the legal basis for the issuance of sentences of capital punishment for terrorism related crimes, is systematically misused by the Iraqi authorities in order to dispose of critics of the regime, often seemingly on a sectarian basis.

With the ratification of the amendment to the Criminal Procedure Code and of  "a series" of death sentences, Iraq is fully equipped to remain amongst the top 3 executioner states in the world and to compete for the highest position in this deplorable ranking.

After three terrorist attacks took place in different districts of Bagdad on 3rd July 2016, leaving more than 300 people killed and over 246 injured, the Iraqi Prime Minister, Haider al-Abadi, ordered the Ministry of Justice to implement the death penalty of inmates convicted of terrorism. The same day, on 4th July 2016, the Ministry of Justice issued a statement declaring that five prisoners had been executed, in an apparent act of retaliation. He also  stated  that  his  office  was  taking  measures  to  speed  up  the implementation  of  death  sentences  by  shortening  to  30  days  the  time  the  President  has  to  issue  a decree for carrying out or commuting a death sentence. In rationalising these new developments, the Minister claimed that these reconfigurations were needed in order for his ministry to fall in line with the government's  war  against terrorism.

On Monday 11th July 2016, Aws al-Khafaji, leader of the Abul-Fadhl al-Abbas militia group, publicly threatened that he would commence the public execution of a number of death row prisoners convicted on charges of terrorism if the Iraqi judicial and governmental authorities delayed the implementation of their death sentences any further: "We're waiting for the government to carry out the death sentences otherwise in the coming days we will do the executions by ourselves and in public and make them an example to others". It is worth mentioning that the convicts in question have been a controversial topic in recent months and various GICJ sources as well as notable Sunni political leaders have claimed that the inmates were innocent victims of arbitrary arrests made by militia groups and Iraqi security forces.

Aws al-Khafaji, leader of the Abul-Fadhl al-Abbas militia group, pledges to carry out death sentences himself if the Iraqi authorities delay their implementation any further (in Arabic language)

The following day, on Tuesday 12th July 2016, the subject of the death penalty was put on the agenda of the Iraqi Parliament under the title "Non-ratification by the presidency of the Act to amend the Criminal Procedure Code No. 23 of 1971". On the very same day, in what seems to be a response to the declarations of both the Prime Minister and the Minister of Justice as well as to threats from militia leaders, the President of Iraq ratified the amendment and transmitted it to the Iraqi Official Gazette for publication. He then announced, on the 13th July, the ratification of  a  batch  of  death sentences of people convicted of terrorism.

GICJ warned that passing such amendment will further impair an already severely flawed and fundamentally unfair judicial system as it aims at diminishing even more the right of the convict to a fair trial under the pretext of participating in the fighting of terrorism. According to the bill, the ministry of justice will proceed with the execution after one month from the time the court has  delivered  the  judgment  and  without  waiting  a  ratification  decree  from the  president  if  he didn't  issue  one  during  the  said  month.  It is worth recalling that this is in full contravention with Article 73, paragraph 8 of the Iraqi Constitution.

GICJ highlighted the fact that this amendment will serve as a cover for further human rights violations and advance sectarian interests. GICJ also stressed out that the recent terrorist attacks are, as it has been the case in the past, used by the Iraqi authorities and its affiliated militias to pursue their agenda, and to justify the deprivation of any right left to Iraqis citizens awaiting trial in prison or already sentenced to capital punishment.

On 13th July 2016, the Iraqi President released an official announcement in which it is stated that he ratified new death penalties without even providing the number of people concerned, nor giving any information or evidence regarding their alleged crimes. This suggests that the Iraqi authorities have scant or no evidence for a number of executions they have already or will carry out and, perhaps more importantly, it showcases the  Iraqi  authorities'  complete  disregard  for  the  human  rights  of  their citizens.

GICJ is alarmed about the lack of transparency and fairness that characterize the fundamentally flawed judicial system of Iraq, in particular with regards to the issuance and implementation of capital punishment. It is especially concerned that while this policy is employed under the pretext of fighting terrorism, facts on the ground show that it is being used as a means of revenge against opponents, on political and sectarian grounds.

In the light of these elements, GICJ reminded that the fight against terrorism must remain within the framework of international law and human rights standards as was reaffirmed in the 2003 Security Council Resolution 1456. The amendment to the Iraqi Criminal Proceeding No. 23 of 1971 threatens this affirmation and must therefore be challenged.

Considering the continued erosion of the Iraqi judicial system and the imminent threat to the lives of thousands of prisoners currently on death row in Iraq, GICJ demanded that the High Commissioner does whatever in its power to denounce this dangerous legislative move, and exert the necessary pressure on the Iraqi government to put an end to the use of capital punishment in the current state of the judicial system.