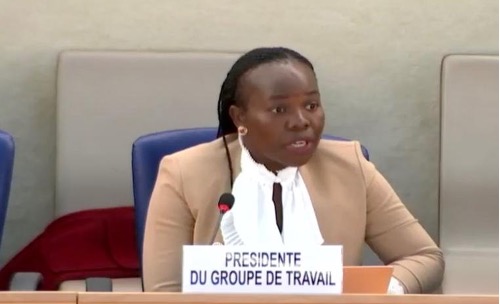 Ms Namakula stated that the Working Group remains outraged by the persistent racially motivated violence and discrimination against people of African descent due to the unresolved legacies of slavery, colonialism, apartheid, segregation, white supremacy, and systematic and institutional racism.

Geneva International Centre for Justice (GICJ) is concerned by the persistence of racially motivated violence against people of African descent.

We stress the importance of continuing dialogue to address racism and violence against people of African descent. We urge States, the United Nations, the international community, and institutions to develop and implement policies specific to race instead of generic anti-discrimination policies.