Mr Morris Tidball-Binz presented his report to the United Nations on June 22, 2022, during the 50th regular session of the Human Rights Council. Following his update describing his most important activities since his appointment in April 2021, which include 147 communications with States and non-State actors and 59 press releases, the mandate-holder specifically addressed the duty of States to investigate death. This duty stems from various international law obligations, including the United Nation’s Minnesota Protocol on the Investigation of Potentially Unlawful Death, which was lastly revised in the year 2016. The Special Rapporteur drew attention to the role of medical investigation of death cases for human rights. Without a thorough and independent medico-legal investigation, potentially unlawful deaths may never be brought to light and denounced by the international c 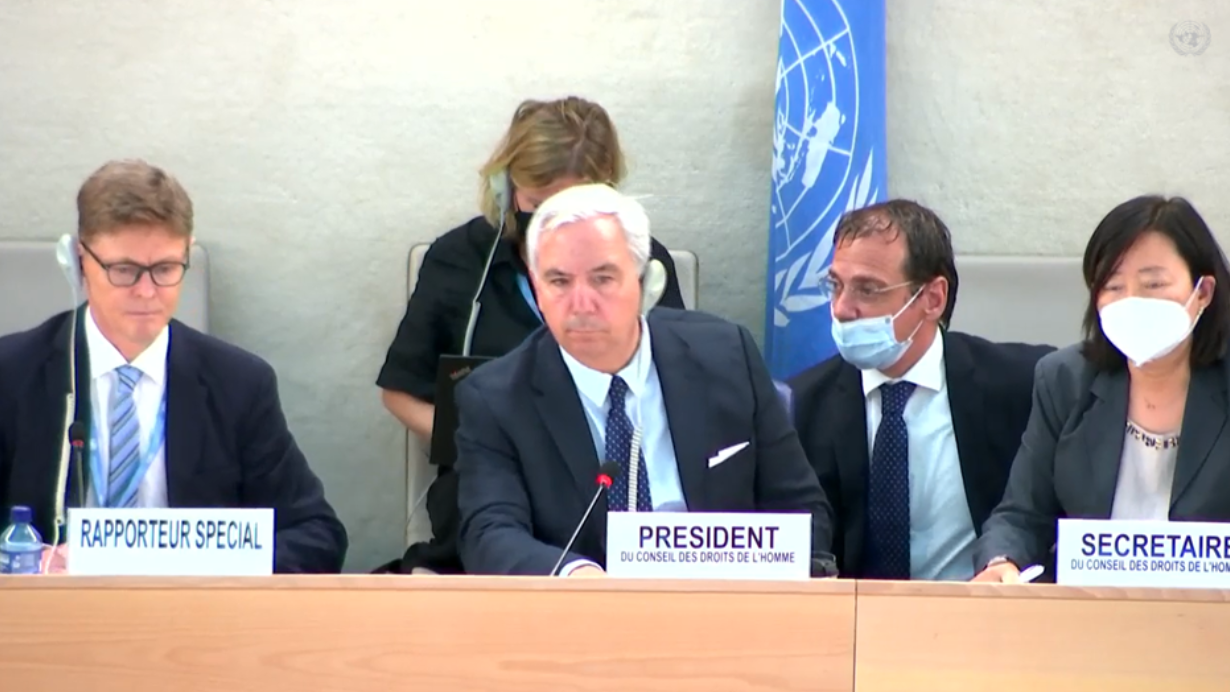 ommunity as cases of extrajudicial, summary or arbitrary executions. Many States thanked the Special Rapporteur for his report and agreed that every potentially unlawful death must be investigated to discover cases of summary executions. The European Union stated that the importance of death investigation for the rule of law and the protection of life cannot be overstated, while taking the opportunity to condemn arbitrary executions in Ukraine, committed by the Russian Federation.

Geneva International Centre for Justice (GICJ) would like to thank the Special Rapporteur for his report and support his effort to establish minimum standards and best practices for a worldwide medico-legal death investigation system. We are deeply shocked by the abhorrent practices of extrajudicial, summary and arbitrary executions. These should under no circumstances, remain unchecked.