On the 25th of April, the UK Government announced that it intends to propose controversial Troubles-related legislation to Westminster within the next six months. The proposed legislation contains a number of contentious provisions including the creation of a statute of limitations and the blocking of all investigations, prosecutions, legacy inquests, and other legal or civil actions connected to Troubles-related crimes that were allegedly committed by both paramilitary groups and the British security forces before the signing of the Good Friday Agreement in 1998. In place of seeking justice through the court system and police investigations, victims will be forced to cooperate with a new information recovery body to seek access to the truth. 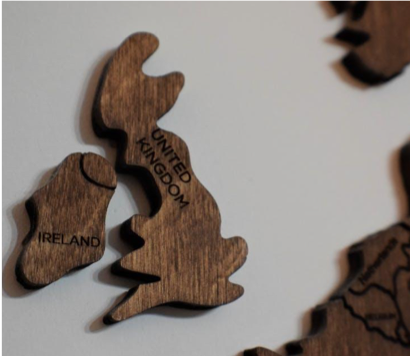 Prime Minister Boris Johnson, when first announcing the proposals in 2019, claimed that they would allow victims and survivors to “draw a line under the Troubles and enable the people of Northern Ireland to move forward”[1]. However, the government’s plans have attracted widespread domestic and international condemnation culminating in the UN labelling them as a “de facto amnesty and blanket impunity” for severe human rights abuses committed during the Troubles[2]. The proposed measures have been met with hostility by victim’s groups in Northern Ireland who believe that the British government is attempting to undermine attempts at truth recovery efforts and ensuring justice for victims and their families. Moreover, the announcement of the government's intentions to introduce the Troubles-related legislation has resulted in a rare display of unity across the political divide, as the five political parties comprising the Northern Ireland Executive have voiced their concerns regarding the lack of accountability for those who committed grave human rights violations throughout the three decades long conflict.

Geneva International Centre for Justice (GICJ) condemns the British government's  attempts to undermine efforts to fulfil long sought-after justice for victims and survivors of the Troubles. GICJ believes that all post-conflict societies should be encouraged to confront the legacy of human rights abuses committed in the past in order to increase the likelihood of nonrecurrence and allow for the creation of a more peaceful and prosperous society. The British government should make greater efforts to engage with victims’ groups and political parties within Northern Ireland in order to gain a greater understanding of the damage their proposals may cause. Moreover, GICJ calls on the British government to acknowledge its obligations under international law and the European Convention on Human Rights (ECHR) relating to access to justice for victims and the assurance of accountability for those who have committed human rights abuses.