Evidence of war crimes and crimes against humanity was gathered at the Mosul mass grave and the Badush Prison in Iraq. UNITAD is confident that the evidence found at these sites, along with more testimonials, can prove ISIL individuals have committed serious crimes, including extermination, torture, murder and inhumane treatment.

The capacity building of UNITAD has enabled the investigation to reach a turning point for accountability and justice. On December 2nd, 2021, UNITAD Special Adviser Christian Ritscher briefed the security council on the seventh report of the mission. 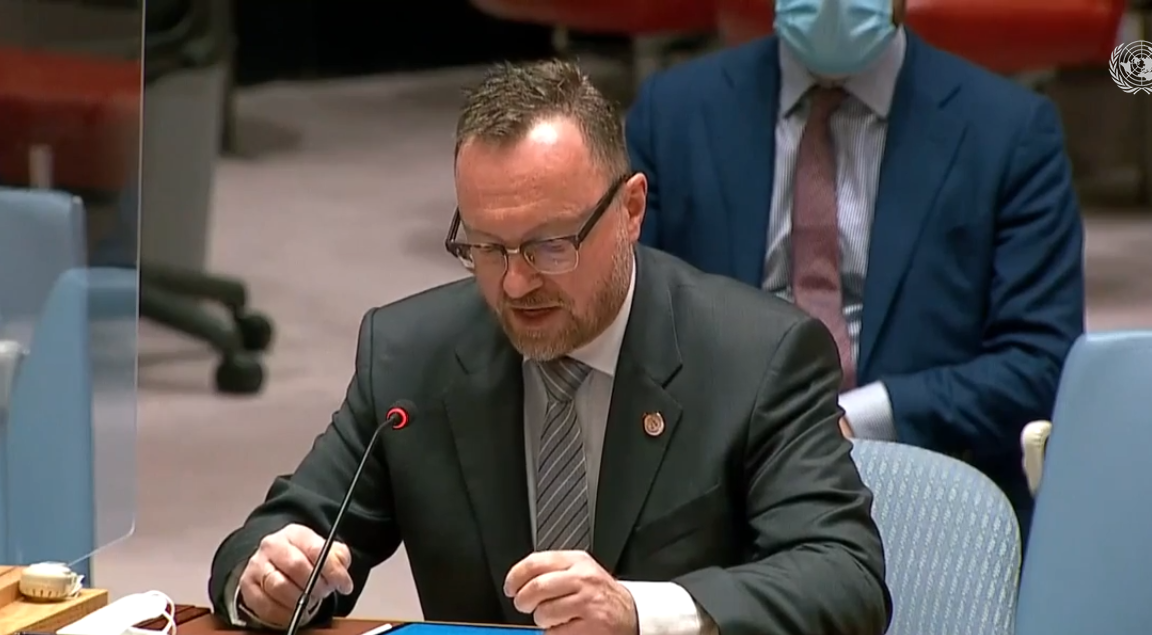 vidence and has been gathering testimonials to identify victims and perpetrators of the crimes of ISIL/Da’esh in Iraq. The need for accountability and justice drives this investigation, an objective that UNITAD special adviser is confident can be achieved. Ritscher announced that the evidence collected on battlefield, which includes biometric data, already allows the linking of individuals to the commission of crimes on behalf of ISIL. He affirmed that the evidence gathered is now sufficient to support trial before a competent court.

The brief focused on the mass grave of ISIL victims in Mosul. Ritscher asked that the bodies be exhumed for families to have an opportunity at a proper burial, but also for identification of victims. He also mentioned the atrocities committed at the Badush Prison by ISIL officials. Evidence gathered by UNITAD on the treatment of prisoners points to crimes of torture, extermination, crimes against humanity and war crimes of inhumane treatment. The digital analysis of testimonials has enabled the such conclusions to be reached.

The investigation has also uncovered the use of chemical weapons by ISIL, which have affected over 3000 people, leaving them with irreparable health damages. The use of such weapons, and more generally the war ISIL is conducting, is driven by economic incentives. Ritscher mentioned the importance of tracing the treasury of ISIL to understand how these crimes benefit its elite.

The evidence gathered by UNITAD is ready to support trial, according to the brief. It must now be used in competent court proceedings, on the international scale, to give a real chance of justice and truth to the victims and their families. Ritscher took the example of the recent judgement of a German court against a member of ISIL, asking the council to see that such proceedings must become the norm rather than the exception.

Member states encouraged and thanked UNITAD for its work in evidence gathering, and expressed their satisfaction regarding the cooperation of the mechanism with the Iraqi authorities. Delegations expressed the need to hold judicial proceedings in close collaboration with the Iraqi judicial system.

Geneva International Centre for Justice (GICJ) urges the international community to proceed to the trial of individuals who committed serious crimes on behalf of ISIL in Iraq. Justice and truth are absolutely necessary for victims and their families. Impunity only fosters further criminal acts. We stand in solidarity with the victims of ISIL in Iraq. GICJ calls on the UN to investigate all human rights violations committed in Iraq, especially those committed by militias while fighting ISIL. Crimes of mass enforced disappearances, assassinations, arbitrary arrests must be investigated, along with attacks on civilians and peaceful protests which constitute breached of international humanitarian law.