On October 26, 2021, the UN held the 1823rd Meeting of the 80th session Committee on the Elimination of Discrimination Against Women (CEDAW) and considered the case of Egypt. CEDAW experts congratulated Egypt on the progress made in women’s rights and the fight for equality. However, there is still much room for improvement. 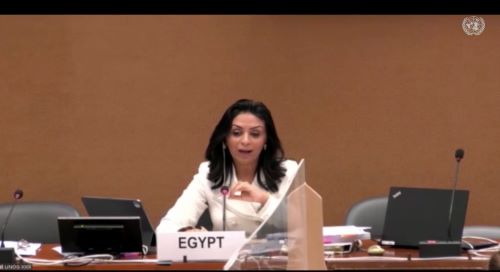 The delegation of Egypt noted that following the Arab Springs (2011-2014), the adoption of the 2014 Constitution improved the situation of human rights in Egypt, especially for women. There has been some progress socially and legally in Egypt to promote equality of women, but there is still much room for improvement in to end discrimination against women in Egypt.

The delegation of Egypt pointed out that political participation and representation has grown substantially. Women’s representation in the 2015 parliamentary elections grew to 15%, a great leap from the less than 2% of women elected to parliament in the 2005 and 2010 elections. In 2016/17, women in senior management position made up 24% of all leadership positions. In 2018, 18% of Government ministers were women compared to just 1% in the period 1999–2004.

However, representation does not necessarily directly achieve equal rights and there is much room for development. In 2017, the illiteracy rate for women was only 30.8 per cent and women made up 23.8 per cent of the total workforce, which means they are not equally involved in civil participation.

The delegate noted that in Egypt, coordination and a dialogue with religious leaders is imperative to the improvement of the women’s rights. Egypt’s decision to withdraw reservations regarding CEDAW’s Article 9 anymore is promising, but legal barriers are not the only obstacles women face in Egypt, or anywhere, and cultural ones must be removed as well. Regrettably however, Egypt still expresses reservations regarding article 2, which should ensure that all appropriate means are employed to ensure equality before the law, customs and practices.  The delegation argued that following the requirements of article 2 would contradict religious principle, a justification which has also prevented the implementation of CEDAW’s article 2 in other countries.

In Egypt, violence against women continues.  Polygamy, child marriage and female genital mutilation are still prevalent. Some women report having to be escorted by men due to lack of safety in the public space. The delegation responded to such comments by stating that child marriage is currently being debated in parliament with hopes to end underage marriage in Egypt. The recommendations set out by CEDAW are to be reviewed by Parliament.

Geneva International Centre for Justice encourages further development for women’s rights in Egypt. Achievements thus far should not hinder the motivation for Egypt to continue to make positive change, as the need is there. Egyptian societal beliefs and cultural practices must not be instrumentalized by the government to justify inaction. On the contrary, forms of empowerment must be found within the culture to implement sustainable, local change in women’s rights.