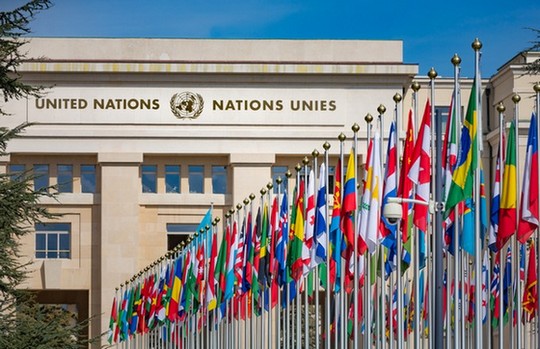 The United Nations Day on 24 October 2019 marks the 74th anniversary of the entry into force of the UN Charter in 1945. With the ratification of this founding document by the majority of signatory States, including the five permanent members of the Security Council, the United Nations officially came into existence.

Today, United Nations Day recognizes and commemorates all that the UN stands for in the world. It further helps people to remember the four primary purposes of the United Nations which are: to maintain peace and security all over the world; to develop relationships among member nations; to foster an atmosphere of communication between nations; and to provide a forum to bring countries together to meet the purposes and goals of the UN.

The UN Charter enshrines the objective of the United Nations to jointly build an international order of peace, human rights and development. However, the achievement process toward this goal has been replete with gaps. Participation in international decision-making is notably unequal, with large imbalances between and within member states as to how they can influence crucial decisions concerning peacekeeping, the environment, trade relations, and the common heritage of humankind.

Geneva International Centre for Justice (GICJ) would like to seize the occasion to express its support for efforts to foster fuller, more just and effective participation in international decision-making and to render the UN more democratic and equitable. GICJ believes that a democratic and equitable international order, as envisioned in the UN Charter, requires participation of all States and peoples in decision-making processes. Moreover, the most vulnerable and unrepresented – including women and girls, minorities, indigenous and occupied peoples, persons with disabilities – must be provided with an opportunity to be involved in a meaningful way. In this regard, we would like to emphasize the importance of States to strengthening democracy in the country and regional levels, ensuring meaningful and equitable participation of all people under their effective control in the political processes and decisions in which affect them. It is therefore upon the international community to continue to strive toward achieving the powerful and significant aims of the UN Charter.