“Acting together to empower children, their families and communities to end poverty”

The International Day for the Eradication of Poverty, observed on the 17th October, is acknowledges the struggle of those living in poverty and destitution worldwide, and to give an opportunity for their voices to be heard. In congruence with the 30th anniversary of the Convention of the Rights of the Child (UNCRC), this year’s theme relates to the empowerment of children, their families, and communities in particular, in the fight against poverty.[1]

The observance of the international day has its roots in Trocadéro in Paris, where over 100,000 people gathered on 17th October 1987 to honour the victims of extreme poverty, violence and hunger. Poverty was appealed to be an infringement of individuals’ human rights, and the need to come together to show commitment to protecting such rights was established. Since then, the gathering has been an annual means of showing solidarity with the plight of the poor. Indeed, participation in the gathering by the poor themselves has been integral to the event since its founding.

Resolution 47/196, adopted by the General Assembly on the 22nd December 1992, declared the 17th October an International Day and called for states to devote the day to promoting activities to entrench the rights of the poor and to highlight efforts towards the eradication of poverty in their respective contexts. Since then, it has become an annual opportunity to acknowledge the plight of the poor, to emphasise the work of the poor themselves in fighting against poverty, and to raise awareness of activities related to the suppression of poverty worldwide. 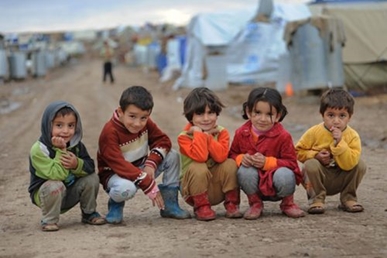 Today, according to the UN’s figures, around 780 million people live below the international poverty line, with 11% of the world’s population living in extreme poverty – usually measured at $1.90 per person per day.[2] Developing countries are especially affected; with national prosperity being a strong determinant of extreme poverty levels. In most countries where the GDP per capita is below $4000, between ¼ and ¾ of the population lives in extreme poverty.[3] Furthermore, states ravaged by war or at high risk from natural disasters, especially in the developing world, have far higher levels of abject poverty.

Since around 1970, there has been a steep decline in the number of people living in extreme poverty worldwide. Ourworldindata.org estimates that extreme poverty levels have fallen from nearly 1.9 billion in 1990 to around 650 million in 2018[4] – though the exact level is open to wide debate. However, this trend of decreasing poverty is unlikely to continue across the next decade.[5] Indeed, with over 1/10 people still living in extreme poverty and with the progress against such slowing considerably, the issue still requires much attention. Furthermore, while significant progress may have been made towards eradicating poverty in Eastern and South-eastern Asia, up to 42% of the population of Sub-Saharan Africa still live below the poverty line.[6]

Poverty, Human Rights, and the Rights of the Child

The Convention on the Rights of the Child recognises the right of every child to an adequate standard of living – necessary to ensure a tolerable level of physical, mental, spiritual, moral and social development.[8] Yet, extreme poverty disproportionately affects children, with more than half of the world’s poor, or 301 million children, currently living in extreme poverty (World Data Lab projections, 2019).[9]

This enduring occurrence of poverty, in both extreme and less extreme forms, prevents individuals from accessing such fundamental rights. Indeed, extreme poverty does not only encompass a lack of income, but also represents the main cause of problems such as hunger, disease and illiteracy especially in developing communities. Children arguably suffer the most when living in poverty. Without access to sufficient water, healthcare or food supplies, they are left vulnerable to malnutrition and disease. It also prevents people from having their basic human rights protected; impoverished individuals often feel forced to accept unacceptable housing or working conditions, are barred from accessing basic justice mechanisms, and usually have little political voice or power. 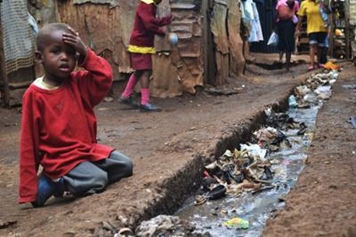 The UN and Anti-Poverty Initiatives

The 2030 Agenda for Sustainable Development

The UN’s 2030 Agenda of Sustainable Development, adopted by the United Nations General Assembly on 25th September 2015, aims to tackle the problems of the world’s vulnerable and marginalised population. They aim to 1) end all forms of poverty, 2) fight inequalities, and 3) tackle climate change.[10] While only the first goal aims to end poverty explicitly (‘No poverty’), ten of the seventeen relate to problems closely linked to poverty, especially in its extreme form. These include ending hunger, ensuring good health and wellbeing, providing good quality education and sources of clean water and sanitation.

UNICEF highlights that every indicator affects children to some degree, especially given their universal scope and call to leave no-one behind – including the world’s most vulnerable and marginalised populations. Indeed, UNICEF’s five overarching areas for increasing and safeguarding the wellbeing of children (survival, ability to learn, protection from violence and exploitation, habitation in a safe and clean environment and having a fair chance in life)  are grounded in the Agenda.[11]

In 2012, the Human Rights Council passed Resolution 21/11, which endorsed the guiding principles as the first global policy relating specifically to the human rights of people living in extreme poverty. This gave a set of guidelines for governments, agencies and other bodies to follow when implementing their policies and measures related to those in situations of extreme poverty.

We would like to stress that the level of extreme poverty worldwide is currently in stagnation, and that efforts need to be made to continue its decline, especially if the objectives of the 2030 agenda are to be met. Thus it is necessary for the international community and for relevant UN bodies to maintain and even increase their support packages, to ensure that extreme poverty levels continue to fall.

We would also like to highlight the close link between conflict and poverty; it is widely understood that the two are closely interconnected, with conflict weakening infrastructures and making countries far more prone to war, civil or otherwise. As such, peace-building initiatives are essential to efforts to eradicate poverty worldwide. GICJ thus urges the UN and its member states, among others, to stop intervening militarily abroad, and to put their resources into ending conflicts rather than raging new ones.

We call for the engagement of the poor in initiatives that aid the eradication of poverty. Economic development efforts must be centred around the poor communities themselves for sustainable development to be guaranteed and for the human rights of such people to be protected. Children should also be specific targets of such efforts, given that child poverty is particularly damaging. It must be recognised that poverty maintains and entrenches systems where human rights are violated, and that it must be confronted for the key principles of the UN Charter and the Universal Declaration of Human Rights to be upheld.

Read the previous article on eradication of poverty here.