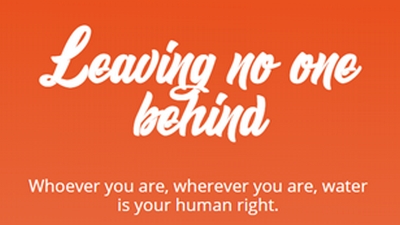 World Water Day is an annual UN observance day on 22 March that highlights the importance of freshwater. World Water Day is celebrated around the globe using a multitude of events and is used as a means of educating people about the sustainable management of freshwater resources. Sometimes the celebration is even used as an opportunity to raise funds for water projects. This day was first formally proposed in Agenda 21 of the 1992 United Nations Conference on Environment and Development in Rio de Janeiro. In December 1992, the United Nations General Assembly affirmed resolution A/RES/47/193 by which 22 March of each year was designated World Day for Water. UN-Water organizes annual activities around particular themes; this year’s theme is “Leaving no one behind.”

Water is a Human Right

Life as we know it cannot exist without water. It is not surprising, then, that access to clean water has been determined to be a human right both because it is indispensable for our daily lives and necessary for the realization of other human rights. The UN Committee on Economic, Social and Cultural Rights has elaborated on this point, explaining that the right to water “entitles everyone to sufficient, safe, acceptable, physically accessible and affordable water for personal and domestic uses.”[1] This is based on the obligations contained in the widely-accepted International Covenant on Economic, Social and Cultural Rights that has been ratified by 169 countries.[2]

This interpretation has been supported by many other entities and in numerous documents. The Human Rights Council has adopted resolutions on the human rights to safe drinking water and sanitation.[3] A report of the UN High Commissioner for Human Rights identified references to a right to water in other core human rights treaties as well as regional treaty regimes. The report also elaborates on how safe and clean drinking water is an indispensable element of the achievement of all human rights. It identifies the close relationship between the right to water and the rights to life, education, housing, food, an adequate standard of living, and the prohibition against torture.[4]

Achieving the Right to Water 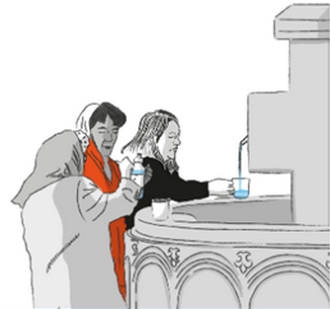 Beyond declaring that a right to water exists, the critical issue is ensuring the satisfaction of the right. What is being done to protect water supplies and make sure all people have access to this life-sustaining resource? Because all human rights must be guaranteed without discrimination, access to water resources must be promoted for all segments of society. Biased water resource allocation is discriminatory and can lead to an inability to realize other rights as well. The rights of indigenous people to access water reserves on their ancestral lands requires particular attention. Other situations requiring special attention are those groups who may face physical difficulty accessing water, such as persons with disabilities, persons living in disaster-prone areas, those actually suffering from natural disasters, and those living in parched and semi-arid areas or on islands where fresh water supplies are limited.

Through various campaigns and programmes, States have been urged to develop strategies to eliminate barriers to water access, including both technological and social barriers. The 2030 UN Sustainable Development Goals (SDGs) embody the latest global effort to push toward realizing the human right to water. Goal 6 is to “Ensure availability and sustainable management of water and sanitation for all.” This includes universal and equitable access to safe drinking water and improvements in water quality.[5] Although SDGs are not binding obligations, Goal 6 directs clear attention on the issue of water and defines specific indicators for measuring what progress is being made in realizing this human right. 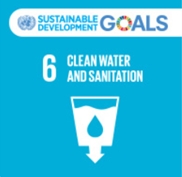 Two conventions, which do contain international legal obligations, deal with water resources and support the right to water at a global scale. The first to be created was the UNECE Water Convention, which was adopted in 1992 and came into force in 1996. This treaty generally requires states to “use transboundary waters in a reasonable and equitable way, and ensure their sustainable management,” which includes reducing pollution, conserving ecosystems, and preventing transboundary impacts from the use of water.[6] The convention provides a detailed implementation regime to assist countries in carrying out the obligations it contains. Originally, the convention was limited to countries in region covered by the Economic Commission for Europe and was widely ratified in Europe. In 2003, it was amended and can now by joined by any country.[7] The protection of water resources in Europe is supplemented by the Aarhus Convention, which grants individuals the right to information and participation in environmental issues, plus it guarantees access to justice if these rights are violated.[8] In this way, European governments are obligated to provide public information about water-related issues and to guarantee participation in the decision-making process when water (or other environmental issues) are being addressed by government action.

After adoption of the UNECE Water Convention, a global Convention on the Law of the Non-Navigational Uses of International Watercourses was negotiated and adopted by the UN General Assembly in 1997. The Convention on International Watercourses was partially envisioned as a means of helping states satisfy their obligations under the 1992 Climate Change Convention to develop plans for water resource management. UN-Water has assessed legal arrangements for transboundary waters and found them to be inadequate, explaining that “[e]xisting agreements are sometimes not sufficiently effective…due to problems at the national and local levels…as well as shortcomings in the agreements themselves.”[9] Unfortunately, the Convention has not been widely ratified, having only 36 state parties, and only went into effect in 2014.[10] 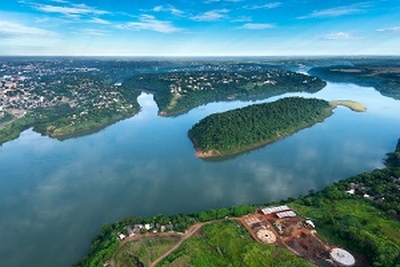 Some progress has been made toward realization of the right to water in recent years. Between 2000 and 2015, the percentage of the world population using an improved source of drinking water increased from 82% to 91%. However, this means that over 660 million people are still using unimproved sources of water, like lakes and rivers, for drinking and daily activities. Unfortunately, even an improved water source is not always safe. In 2015, 29% of humanity did not have access to supplies of drinking water that were reliably safe. In addition, an assessment of the potential for future water supply showed that 22 countries face a strong possibility of future water scarcity.[11]

The World Bank has identified lack of adequate financial resources as a key reason for lack of safe water in some areas. According to one study of 37 countries in Africa, “82% of governments indicated that financing was insufficient to reach national targets for drinking water.”[12] The lack of financial resources is exacerbated in times of conflict and in the context of global climate change.

Geneva International Centre for Justice (GICJ) commends the efforts made by all states toward the realization of the human right to water. However, much work remains. GICJ continues to be concerned about the disproportionate impact of contaminated water supplies on economically disadvantaged populations and states. Discrimination is still evident in the quality and distribution of safe water in countries around the world, including developed countries. The widely-publicized case of water contamination in Flint, Michigan in the United States demonstrates how systemic discrimination against poor and minority communities results in denial of the human right to water.[13] GICJ calls on all countries to redouble their efforts to ensure access to safe water for all people within their borders and the safety of water in neighbouring countries through proper management of all transboundary waters.

[4] Report of the United Nations High Commissioner for Human Rights on the Scope and Content of the Relevant Human Rights Obligations Related to Equitable Access to Safe Drinking Water and Sanitation under International Human Rights Instruments (16 Aug. 2007), para. 5(b), U.N. Doc. A/HRC/6/3.

[6] Convention on the Protection and Use of Transboundary Watercourses and International Lakes, opened for signature 17 Mar. 1992, art. 2(2).