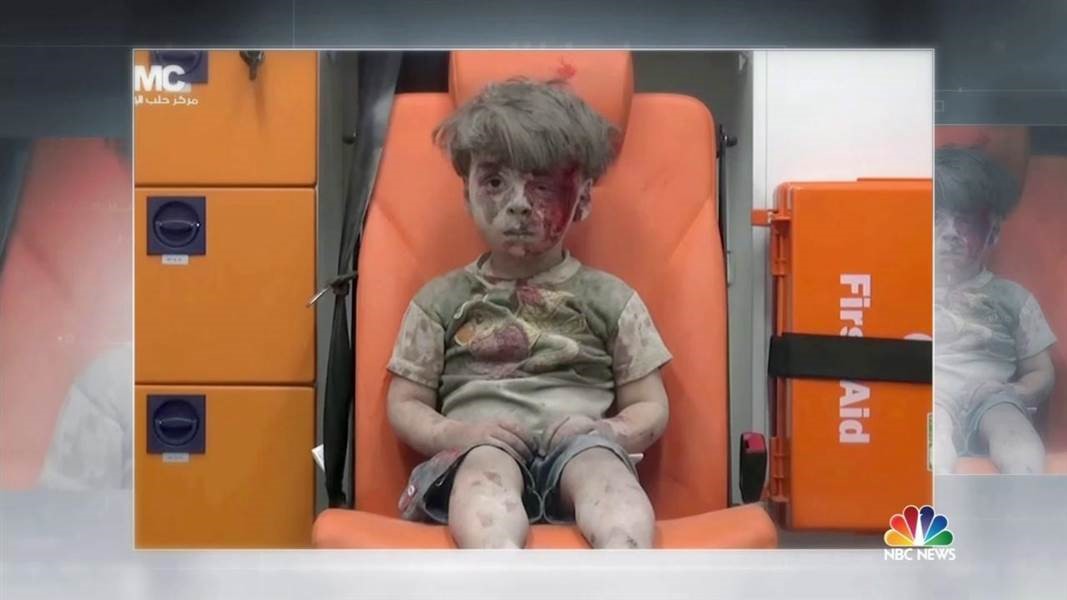 On August 2016, the world’s conscience was shaken by the picture of a five-year-old boy, covered in dust and blood, sitting in the back of an ambulance, visibly shocked and weary. The little boy, Omran Daqneesh, has been saved from the smoking rubbles of the building where he lived with his family. The short footage shows Omran being carried on the ambulance where he sat, in silence, while his world seemed to be falling apart around him. His three siblings, his mother, and his father were saved as well, but they now face an uncertain future as their home, along with all their belongings, were destroyed by the attack.

For months, Eastern Aleppo has been subjected to incessant bombings by the Syrian Air forces and their Russian allies in an attempt to liberate the city from the control of the opposition forces. The siege has caused the destruction of all hospitals in the area, has provoked the death of thousands of civilians (indistinctly men, women and children), and has left over 250,000 people in need of food, basic supplies, and medical care.

The short video of Omran’s rescue and the pictures portraying the scared little boy have gone viral. The anti-governmental activist group Aleppo Media Centre has posted the material online, and the world was forced to open its eyes on the anguishing reality of the Syrian tragedy. Unfortunately, Omran’s history is only one of the million cases that have occurred since 2011, and such atrocities still occur on a daily basis in the Syrian Arab Republic. For instance, the rescuers revealed that three people were killed and at least eight others were injured during the airstrike that hit Omran’s house.

So far, the international community has failed to provide a united and comprehensive response, and has not been able to put an end to the Syrian war. The media cover the matter in a rhythmic and fortuitous way. People are overexposed to images like this, and the initial dismay has already faded away. As long as politics, alliances and economic interests prevail on human rights and humanitarian law, innocent boys like Omran will continue to suffer.