Geneva International Centre for Justice (GICJ), in collaboration with Just Atonement Inc., organised a training workshop on International Human Rights Law and the Human Rights mechanisms. This was a three-week long programme, taking place between 9 and 27 September 2019. 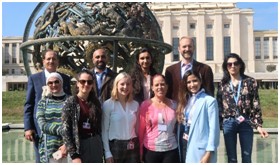 The workshop, which ran alongside the 42nd session of the Human Rights Council at the United Nations in Geneva, was designed to give an overview of the United Nations mechanisms and systems, relate these to concrete processes taking place in the Council itself, and place them within the broader international context. Given the programme’s specific focus on human rights, the information was conveyed in a way that placed it within the context of the Human Rights Council and human rights more generally – and then applied by the trainees in a practical way through participation in the Council itself. 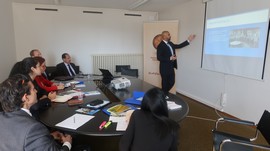 The course began with a welcome by GICJ Executive Director, Mr. Naji Haraj, and an overview of the training programme by Mr. Christopher Gawronski, the programme coordinator. Then Mr. Haraj and Mr. Inder Comar, Executive Director of Just Atonement, gave a series of presentations explaining the role of the UN since its foundation post-WWII and how the UN system operates. 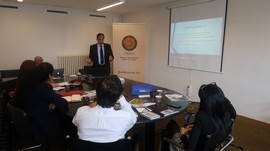 As the week continued, lectures on various components of the UN and the Human Rights Council furthered the trainees’ knowledge on the UN and its bodies. These included the human rights mechanisms such as the Office of the High Commissioner for Human Rights, the Human Rights Council, Special Procedures and Treaty Bodies. There were also several lectures on international law and international criminal law topics. Mr. Comar presented information on international justice mechanisms and the crime of aggression. These all gave a useful insight into the history and structure of the UN and its bodies and enabled the trainees to obtain a base understanding of the human rights element of the UN, on which to build in later weeks. 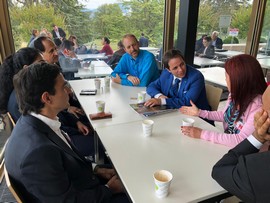 Between these sessions, the trainees began to get acquainted with the UN as a physical institution, through a guided tour of the Palais and attendance at the Human Rights Council debates and side events. These allowed the trainees to relate the lectures to the physical day-to-day workings of the UN as an institution. Speeches by several noted individuals, including the ECOSOC President, also gave an incredibly valuable insight into the UN’s work.

The second week was designed to deepen this base knowledge and understanding by helping the trainees participate in one of the central pillars of the Human Rights Council, the Universal Periodic Review (UPR). The week thus commenced with a guest lecture on the UPR, given by Mr. Gianni Magazzeni, Chief, Universal Periodic Review Branch, Human Rights Council and Treaty Mechanism Division, whose inspiring talk gave insight into the UPR’s foundation and history, as well as the structural changes that he had helped to personally bring about during the UPR’s 3rd cycle. Mr. Magazzeni’s talk reflected the continuing collaboration between GICJ and OHCHR on human rights training and education.

Most of week two comprised practical training conducted by Mr. Gawronski to prepare trainees for actively participating at the Human Rights Council. Supported by lectures on subjects such as how to research UPR information and explaining exactly how both written and oral statements for the Human Rights Council should be prepared, the trainees researched and drafted their own oral statements on the UPR outcome reports for various countries that were being considered during the HRC’s 42nd session. They were able to choose a country being reviewed and a human rights topic which interested them that was pertinent to the country. Then, with guidance from GICJ staff, they researched and drafted their own oral statement for presentation later that week. The subjects covered in the trainees’ statements showed considerable variation, from a statement concerning the hypocrisy of one country’s climate policy, to one regarding another country’s lack of commitment to ending domestic abuse and sexual assault in marriage. Throughout the week, the trainees flourished, using the knowledge they had gained and their own experience with particular human rights issues to engage in fruitful discussion both amongst themselves and at the HRC meeting itself.

The week ended with a presentation from a former UN Human Rights Officer in Iraq, Mr. Tahar Boumedra, who gave further insight into the daily workings of the UN on the ground, by explaining the course of his own career, with a focus on the contact he had had and continued to have with the UN. This encouraged the trainees to put the work that they had done that week into perspective. 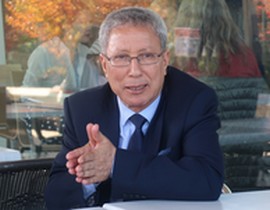 The final week allowed the trainees to pursue their own paths of interest and gain an even deeper understanding of particular human rights topics and the relationship between NGOs and the UN. The week started with a lecture on the background and role of the International Committee of the Red Cross (ICRC), which built on a previous presentation about international humanitarian law. After the lecture, trainees visited the ICRC museum to learn more about the ICRC’s primary activities and development through time. This highlighted to the trainees the strong link between the ICRC and the UN and the overlap of values between the two, especially the link between humanitarian activities and human rights.

Discussion of more specific issues featured in the final week, such as racism and gender, refugees and IDPs, health, and the rights of minorities. The trainees were also given the freedom to explore their own interests while at the UN, and they attended a large variety of side events on different country-specific and topical human rights issues. The week also featured participation in the GICJ’s own side event in collaboration with EAFORD on enforced disappearances in Iraq. This gave the trainees a really useful inside view regarding how side events at the UN are organised and allowed them to gain an insight into GICJ’s own area of human rights interest. Furthermore, it gave the trainees a real understanding of the reality of the human rights issues that the HRC was founded to address and painted a picture of the gruesome reality of the human rights abuses in places where basic human rights are not protected. 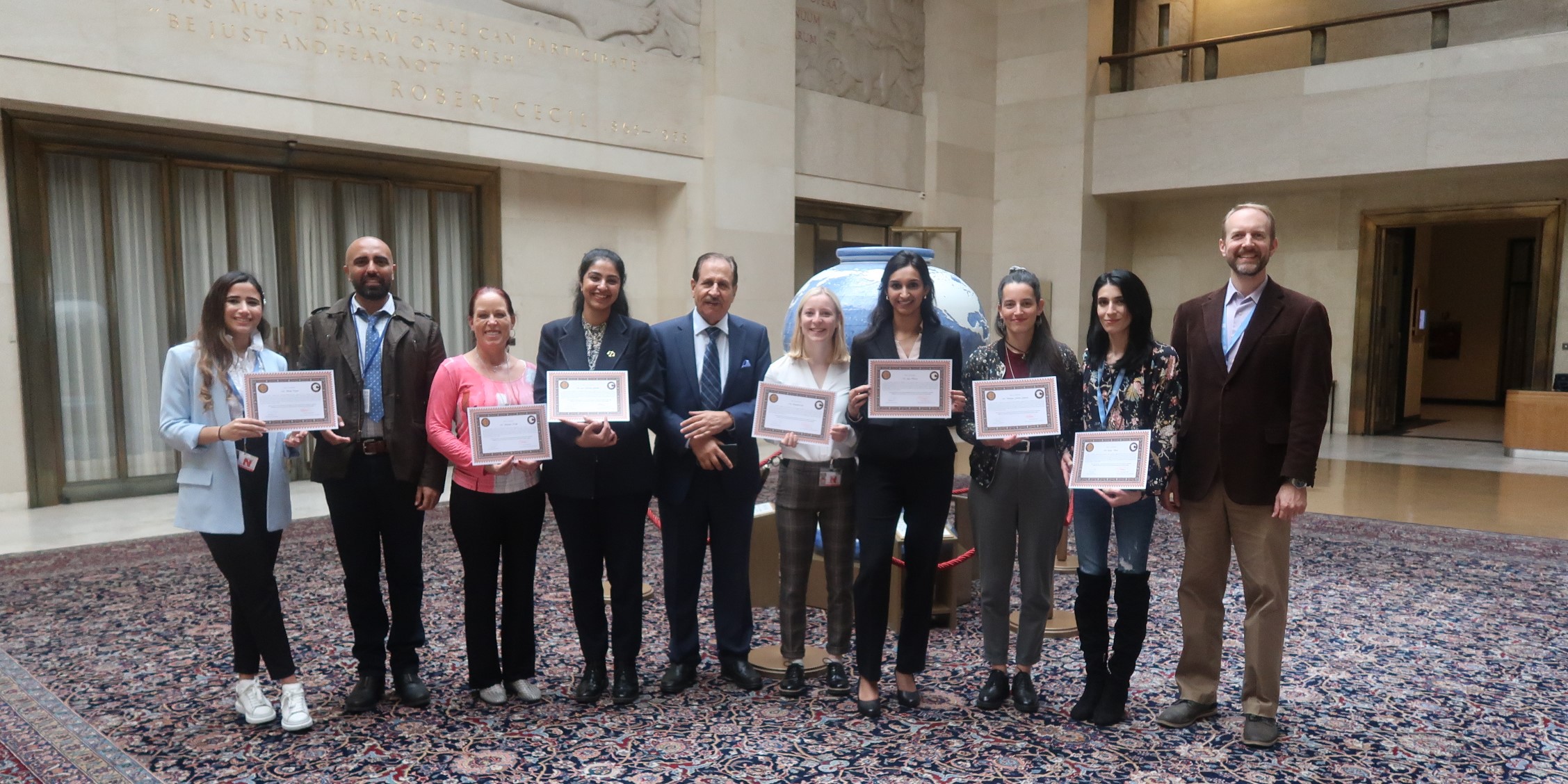 Overall, the trainees found that the training programme had equipped them with a deep understanding of the purpose and functioning of the UN. Since this was accompanied by a physical insight into its day-to-day workings of the institution and its associate bodies, it allowed them to really appreciate the relevance of the knowledge they were being given. Further, the opportunity to tangibly participate in the proceedings of the HRC allowed the trainees to apply their new knowledge in a practical way in the context of the UN itself. At the closure of the programme, the trainees departed not only accompanied by a certificate of participation but also by a wealth of newly-acquired knowledge on the UN as an institution, having experienced an impressive array of activities and individuals within a globally renowned setting.