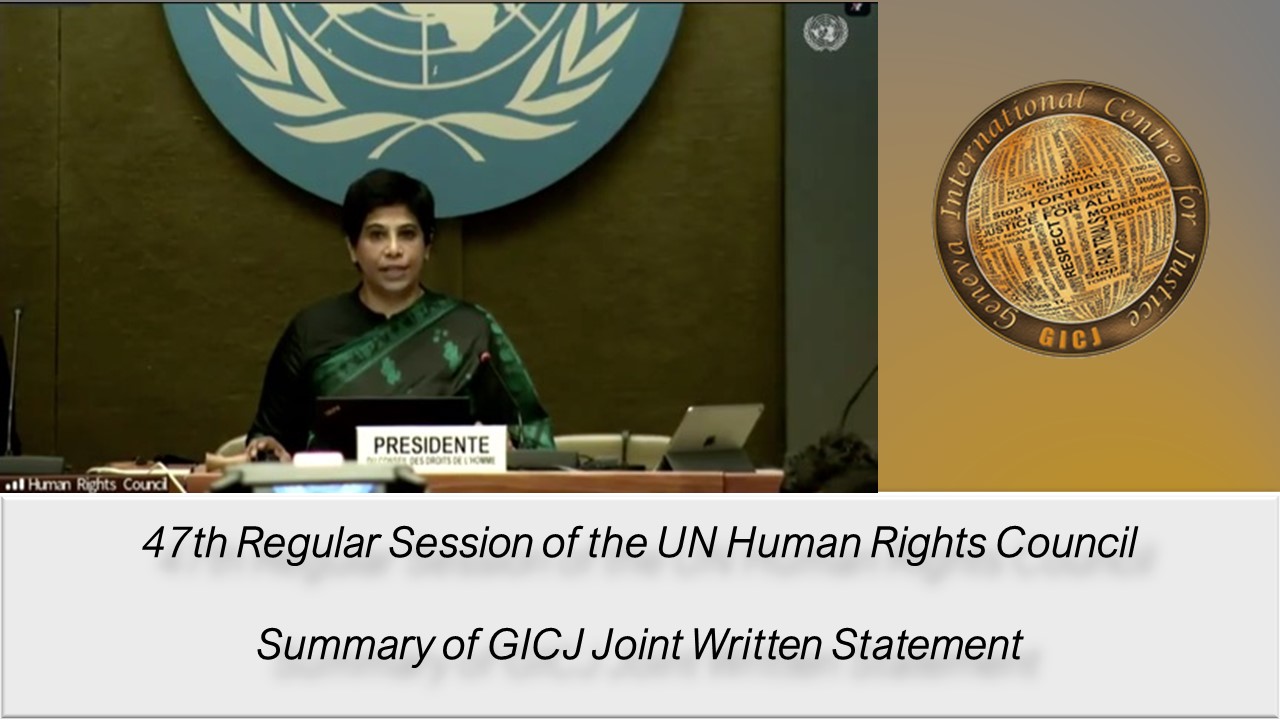 GICJ submitted several joint written statements at the 47th Session of the Human Rights Council. These statements highlight human rights violations that need more attention by the UN, Member States, and the international community. We published two written statements, the summaries of which can be found below.

The continuation of the inhumane treatment of Iraqi prisoners and detainees inside the prisons in the Republic of Iraq is an issue of increasing concern. Tens of thousands of Iraqi civilians have been subjected to unfair trials and grave violations during their imprisonment. In addition to being victims of human rights violations, many prisoners are charged with terrorism-related charges, with no sufficient evidence - the Anti-Terrorism Law is systematically and strategically misused to legitimize these arrests on discriminatory grounds. 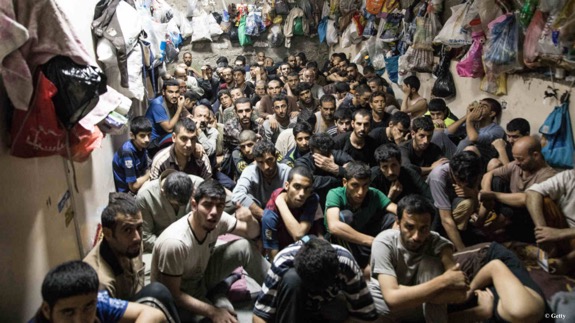 The death penalty in Iraq is imposed on people convicted of a wide range of acts and not all of them can be categorized as one of the “most serious crimes”. The severe ill-treatment inside the Iraqi prisons is a violation of the ‘rights of prisoners and detainees’ guaranteed by international human rights and humanitarian law and stipulates that local authorities must provide prisoners with basic needs such as food, sleep, medical assistance, and psychological safety. Prisoners are often subjected to psychological harassment and are separated inside the prisons based on sect. Moreover, the violations inside the al-Taji Prison include the trafficking in human organs, where inmates inside the Prison are offered, rather than forced, to sell their body parts.

The Shocking Realities of the Israeli Occupation of Palestine

Israel’s attack on Al Aqsa Mosque in Jerusalem on Friday, 7 May 2021, during the holy month of Ramadan, and without legitimate security grounds, reflects a callous disregard for the religion of others. Palestinians’ fundamental rights are increasingly undermined by the racist policies of the Israeli government, and ethnic cleansing is a reality that can no longer be denied. 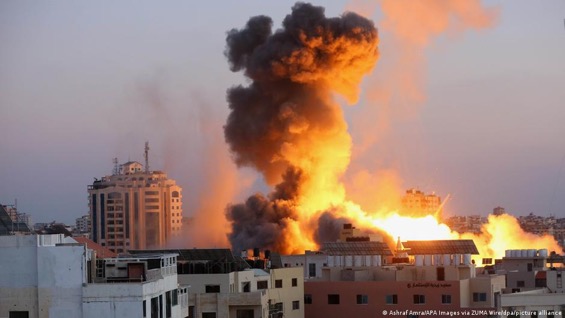 Beginning on 10 May 2021, Israeli forces launched an act of aggression against the occupied people of Palestine that was the deadliest since 2014. The horrifying images in the media of deadly airstrikes exposed once again Israel’s blatant disregard for human rights and humanitarian law. Hundreds of defenseless Palestinian civilians were killed, including 67 children. Thousands of Palestinians were injured, and hundreds of Palestinian homes were destroyed. Over seventy thousand Palestinians were displaced in Gaza, the West Bank, and East Jerusalem. In contrast, thirteen Israelis were killed and 117 wounded. The disproportionate casualties and damages recorded during the recent confrontations contradict Israel’s claim that it was acting in proportional self-defense.