The Iraqi youth have been mobilizing to launch an innovative campaign which aims to promote justice, and hold the individuals responsible for Human Rights violations accountable. The campaigns’ slogan “Ending impunity in Iraq” truly encompasses the passion and goals of the movement. On the 18th of July 2021, various streets of Iraq –joined by many more around the world– filled with youths, marching in peaceful demonstrations, beckoning the international community and policy makers to contribute to “Ending impunity in Iraq.

Geneva International Centre for Justice strongly believes in these goals and supports them with full throttle. 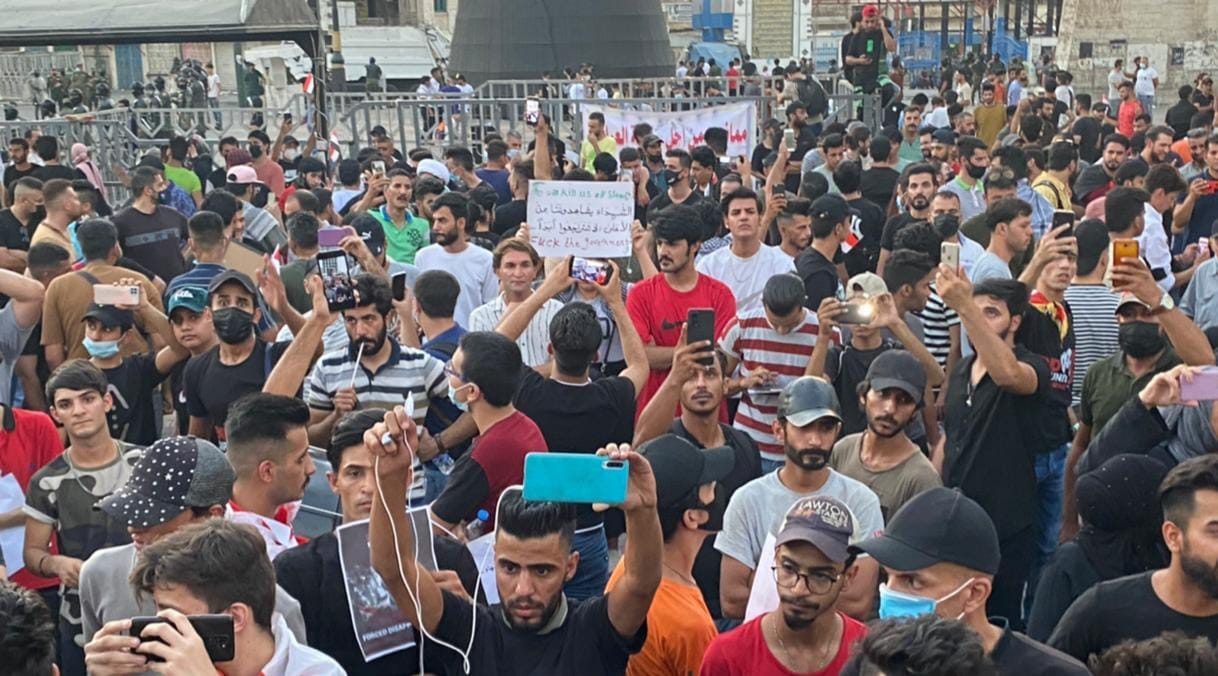 When it comes to the safety and security of openly critical individuals in Iraq, the human rights situation has truly deteriorated. The government’s inability to guarantee the right to life or fulfill its obligations to protect all persons from any acts of abuse, have been further worsened with the lack of accountability.

At times, the death of innocent civilians at the hands of Iraqi government-backed militia have been captured on camera and shared across the internet. However, even when the perpetrators are identified, they remain free from prosecution, and one finds that impunity consistently prevails. This is a persisting reality for many Iraqi’s which GICJ has documented on multiple occasions and made UN bodies aware of the grave reality that Iraqi civilians face on a day to day basis, calling on them to do all what in their mandates to end impunity in Iraq by holding all violators accountable.

The root of most of Iraq’s problems today can be traced back to the illegal US invasion of Iraq- which kickstarted a chain-reaction of events that contributed to the gradual destruction of the state. Iraqi civilians have since been subjected to systematic and flagrant breaches of human rights throughout the US-led occupation and in the following years. Torture, extrajudicial killings, human trafficking, and arbitrary imprisonment were among the offences frequently committed.GICJ strongly believes that the international community must by all means support this campaign in order to begin the process of bringing justice to the Iraqi people. Without accountability, all crimes committed against Iraqi civilians since 2003 will remain mere statistics. As such, impunity and utter lack of accountability perpetuate these grave human rights violations, which are further exacerbated by the absence of an independent judicial system. 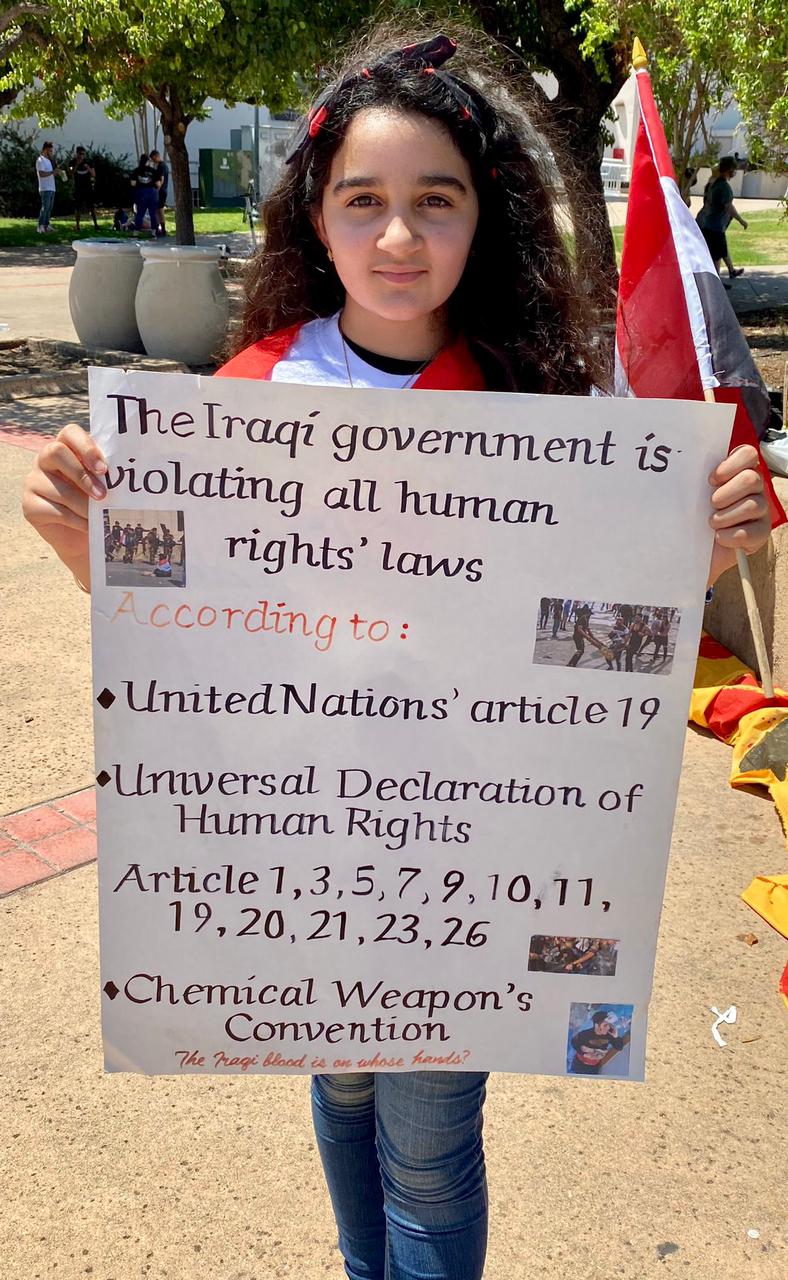 Since 2003 Iraq has been governed by a corrupt and sectarian ‘gang-like’ formation of individuals that now hold senior positions within the government. These individuals maintain their grasp on power due to a quota system that assigns positions to systematic regimes parties based on sectarian and ethnic identity. The sectarian regime encourages patronage and corruption – which in turn has intensified impunity, unemployment, failed public services and foreign interference. Furthermore, despite Iraq's high-oil-produce, regime has failed to preserve adequate living conditions, and the Iraqi people continue to suffer from a shortage of power, safe drinking water, medical care – in addition to sky-rocketing unemployment and a severely low economy.

Moreover, the Iraq's government Security forces and the PMF, have been known to abuse their powers in pursuit of blind-social order. As such, they continued practicing human rights violations, which include the torture and ill-treatment of prisoners – all under the umbrella of complete impunity.

The status-quo of corruption in Iraq has taken its toll on civilian moral, and as the streets of Baghdad filled with Iraqi civilians protesting the post-2003 governing regime. However the criticism was not well received by the Iraqi government and the high number of assassinated and imprisoned protestors is a testimony to the militia’s intolerance of citizens who dare criticize the current situation and dare attempt to build a legitimate democratic system. 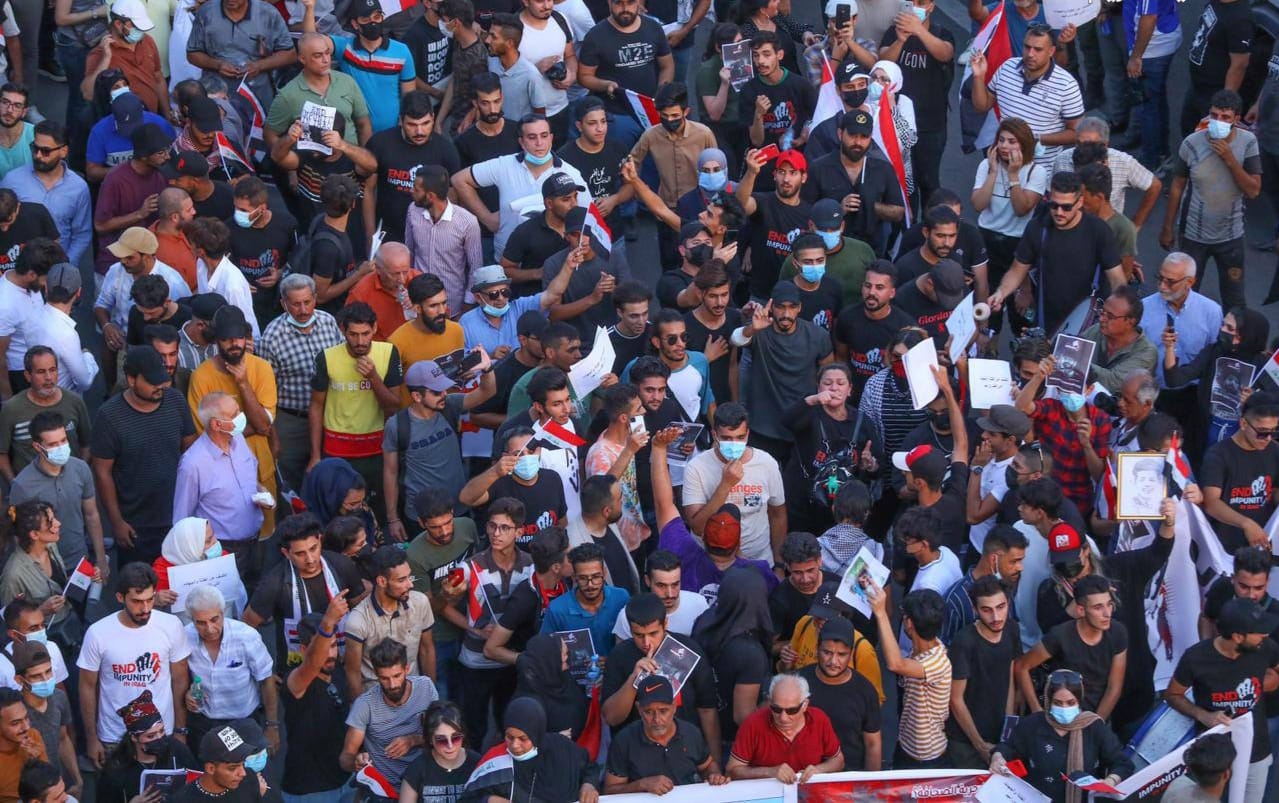 Initially, the demonstrators appeared to be successfully deteriorating long-standing taboos surrounding the consequences of criticizing government policy. Today, we witness photos of demonstrators beating photos of politicians, religious and militia leaders with sandals surfaced. However, soon after, the identified protestors faced mounting threats of aggression specially those who openly criticized the current regime.

Ending impunity in Iraq has drawn a lot of attention from many UN member-states who share in the willingness to bring accountability to all those who contributed to the continued perseverance of impunity. Several United Nations bodies called on the Iraqi authorities to end the climate of impunity and the activation of investigation committees. Thus, Iraqi youth’s call to end impunity is yet another attempt to acquire international support to prosecute the perpetrators of the heinous crimes committed against the Iraqi people since 2003, including cases of extrajudicial killings, torture, enforced disappearances, illegal detentions, and assassination of civilian activists.

Finally, Geneva International Centre for Justice (GICJ) repeats its calls the international community, to establish an independent, international Commission of Inquiry to investigate all human rights violations in Iraq since 2003, in order to hold all perpetrators accountable and end the state of impunity in the country.