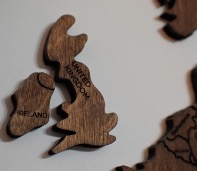 UN independent experts have cautioned against the implementation of legislation before the British Parliament, which they claim undermines the state’s legal obligation to investigate serious human rights violations committed during “the Troubles” in Northern Ireland. Under said legislation, immunity from prosecution will be granted, on a case-by-case basis, to those who committed serious offences during the conflict if they can provide testimony that “is true to the best of [their] knowledge and belief.”[1] The bill’s provisions, which include ending all criminal cases, civil cases and inquests related to the troubles, have provoked controversy across the political divide within Northern Ireland.

The legislation itself relates to the nearly three-decades-long conflict within Northern Ireland which saw nationalist and unionist forces engage in protracted hostilities to accomplish their aims. The primary actors in the conflict included an array of Republican groups, with the aim of achieving a united and independent Irish state, fighting against Loyalist groups, as well as the local police force and the British armed forces, who sought to maintain British rule over Northern Ireland. The conflict had enormous repercussions including over 3,700 deaths, the internal displacement of approximately 7,000 people and the internment of over 2,000 people without trial. The British government and the Northern Irish devolved assembly have struggled to adequately redress historical human rights crimes since the Good Friday Agreement was signed in 1998, which effectively put an end to the Troubles.

In 2021, then-Prime Minister Boris Johnson advocated for the enactment of legislation which would block future prosecutions for troubles-related offences and provide blanket amnesties to perpetrators to “enable the province of Northern Ireland to draw a line under the Troubles”[2]. This was met with domestic and international condemnation leading many to accuse the government of shunning its responsibility to provide justice for victims and their families through truth recovery efforts. The Northern Ireland Troubles (Legacy and Reconciliation) Bill proposed by the government in May 2022, elicited widespread opposition from victims’ groups on both sides and achieved the rare feat of uniting the five main political parties in Northern Ireland around a shared belief that it removes access to justice for victims and allows those who perpetrated rights abuses to evade accountability. The Bill includes the establishment of a new body, the Independent Commission for Reconciliation and Information Recovery (ICRIR), with three to five commissioners to oversee a five-year effort to come to terms with the past by conducting reviews of individual cases. A joint British parliamentary committee on human rights expressed concerns about the ICRIR’s independence from the British government which may be implicated in some cases under investigation.[3] Although the proposal of blanket amnesties was removed from the Bill, Dunja Mijatović, Commissioner for Human Rights of the Council of Europe, noted that the British government has set an alarmingly low threshold for immunity from prosecution[4].

On the 15th of December 2022, UN Independent experts Mr. Fabián Salvioli, Special Rapporteur on the promotion of truth, justice, reparation and guarantees of non-recurrence, and Mr. Morris Tidball-Binz, Special Rapporteur on extrajudicial, summary or arbitrary executions expressed their opposition to the bill claiming that it denies truth and remedy to victims. The experts added that the debate around the legislation has predominately focused on the welfare of veterans accused of perpetrating human rights abuses rather than the interests of victims and their families. Moreover, the Special Rapporteurs warned that replacing criminal investigations and civil actions with reviews undertaken by the ICRIR “will substantially hamper victims’ access to remedy before criminal and civil courts for the serious human rights violations and abuses suffered”[5]. In line with this, both experts highlighted the legislation’s capacity to thwart victims’ rights to truth and justice which places the British government in direct violation of its international human rights law obligations. Such actions, the experts argue, would “significantly undermine the Troubles-related peace process and set a damaging and concerning example for other countries coming out of conflict.” The Special Rapporteurs concluded by urging the British government to consider withdrawing the Bill and replacing it with a version that is compliant with international and regional human rights standards and considers the views of victims and civil society organisations.

Geneva International Centre for Justice (GICJ) reiterates its condemnation of the British government’s attempts to undermine truth recovery efforts in Northern Ireland. The Northern Ireland Troubles (Legacy and Reconciliation) Bill will undoubtedly curtail scrutiny of the actions of those accused of Troubles-related crimes and significantly impact efforts at seeking justice for the families of victims. The Bill largely ignores the UK’s responsibilities under the European Convention on Human Rights (ECHR) including Article 2 (right to life), and Article 3 (prohibition of torture and inhuman and degrading punishment) and undermines the core tenet of the Good Friday Agreement of ensuring the “complete incorporation into Northern Ireland law of the European Convention on Human Rights”. A comprehensive approach encompassing an array of judicial and non-judicial measures must be taken to ensure appropriate transitional justice processes can take place in Northern Ireland. As such, the need to carry out effective investigations into Troubles-related crimes is both a moral imperative and legal obligation for the UK government.

Establishing a low immunity threshold for perpetrators of rights abuses and disregarding the voices of victims allows a one-sided narrative to be presented to the public with scant regard for the impact these actions have had on communities and individuals across Northern Ireland. Although seeking truth and reconciliation remain worthwhile goals, the British government has failed to provide credible measures by which this can be achieved in Northern Ireland. GICJ, therefore, believes that the British government should revise its proposed legislation with sufficient consultation from victims’ groups and civil society organisations to ensure it meets its obligations under international human rights law.