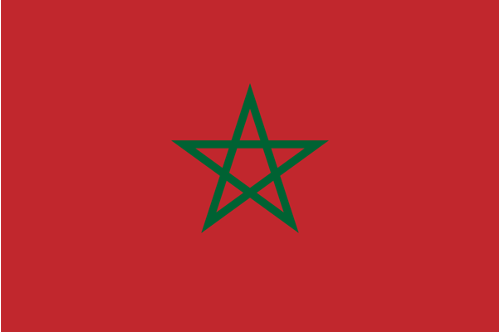 On the 8th of November, during the 41st session of the Universal Periodic Review (UPR), the Human Rights Council held an interactive dialogue on the fourth review cycle of the UPR for Morocco. Morocco submitted its national report on the 25th of August 2022 (A/HRC/WG.6/41/MAR/1). Considering recommendations made by Special Rapporteurs and treaty body experts, the Human Rights Council and various other stakeholders created a comprehensive report outlining a variety of human rights concerns that remain in Morocco (A/HRC/WG.6/41/MAR/3).

During the interactive dialogue, participating delegations raised several issues that Morocco then tried to address and clarify in its answers to the delegations. The main concerns related to the abolition of the death penalty, children's access to and attendance at educational institutions, disability rights, the rights of older persons, gender equality, freedom of expression and association, violence against women, and women's rights more generally. The country showed progress in the area of gender equality, with recent elections showing a boost in the participation of female candidates. However, gender equality remains a rampant issue in the country.

Geneva International Centre for Justice (GICJ) calls for the Moroccan government to increase its efforts to create a society and legal system that values gender equality. We further urge the government to make every effort to encourage children's participation in school. We remain concerned about the use of violence against women within the country and urgently call on the state to put an end to this scourge. Lastly, we encourage the full inclusion of all minorities, whether that be women, individuals with disabilities, or older persons.

The UPR is a UN mechanism established in 2006 (Res. 60/251) to examine the progress made by countries in compliance with their obligations under international law. UN member States are examined during each cycle, the current one being the fourth cycle and lasting until 2027.

The UPR is a unique process which involves a periodic review of the human rights records of all 193 UN Member States. Since its first meeting was held in April 2008, all 193 UN member States have been reviewed three times within the first, second, and third UPR cycles.  During the fourth UPR cycle, states are again expected to exhibit the steps they have taken to implement recommendations posed during their previous reviews, which they committed to follow up on, and highlight recent human rights developments in the country. Morocco was first reviewed in 2008, then in 2012, and again in 2017.

Morocco submitted its country report for the fourth cycle of the UPR in August 2022, in accordance with paragraph 5 of the annex to Human Rights Council resolution 16/21.

This fourth review cycle is in accordance with Human Rights Council resolution 5/1 and examines the following documents: (1) Morocco's recent national report; (2) information contained in the reports of independent human rights experts and groups, known as the Special Procedures, human rights treaty bodies, and other UN entities; and (3) information provided by other stakeholders including national human rights institutions, regional organisations, and civil society groups.

During this interactive dialogue, the floor was first given to Mr. Omar Zniber (Ambassador, Permanent Representative of the Kingdom of Morocco to the United Nations Office in Geneva). Mr. Zniber thanked the Human Rights Council and explained that Morocco is one of the founding members of the Human Rights Council and has always tried to further enhance its contributions. Mr. Zniber then handed the floor to Mr. Abdellatif Ouahbi (Minister of Justice of Morocco) to present the country's full national report. 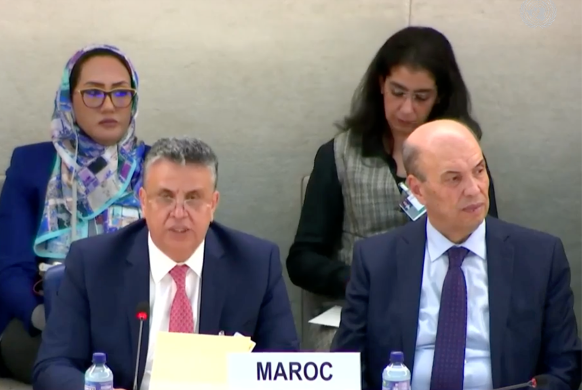 Mr. Ouahbi focused on the fact that the Kingdom of Morocco attaches particular importance to interacting with UN machinery and follow-up mechanisms. He highlighted how Morocco has invited several special procedures to visit Morocco. He also emphasised how the country has opened discussions with the Committee on the Prevention of Torture.

On behalf of Morocco, Mr. Ouahbi noted that the country’s improvements toward the eradication of the death penalty are noticeable by the fact that no death sentence has been carried out for more than 30 years. However, delegations and civil society highlighted that these efforts are not enough, and more needs to be done. Ultimately, Mr. Ouahbi stated that this is a highly debated issue in the country and there will be a policy adopted on the issue soon.

Romania, Slovenia, and Italy, among others, called for the implementation of a de facto moratorium on the death penalty to progressively move towards its abolition, while several other delegations asked directly for its complete abolition. Further, Ireland, Panama, and Paraguay called for the revision of death sentences that had already been handed down.

Switzerland recommended that Morocco lower the number of crimes punishable by death in the Penal Code and limit them to the most serious crimes, involving intentional homicide.

Most notably, Morocco was asked to ratify the Second Optional Protocol to the International Covenant on Civil and Political Rights aimed at the abolition of the death penalty by a majority of the delegations.

Further, Tunisia, Chile, Benin, and France called for Morocco to ratify the Optional Protocol to the Convention on the Rights of the Child on a communications procedure. This would help to better ensure the protection of children in the country.

Ukraine advised for the consideration of joining international conventions to which Morocco is not yet a party, to continue the ratification process of the main international human rights-related instruments.

Uzbekistan called for continued engagement to complete the process of ratification of the Protocol of 2014 to the Forced Labour Convention. This Protocol would help to provide non-binding practical guidance in the areas of prevention and protection of victims and would help to ensure their access to justice and remedies.

Freedom of Expression and Association

Romania, Spain, Belgium, and the Netherlands recommended that Morocco undertake legal reforms and administrative measures in view of ensuring that freedom of expression, opinion, and association are in line with international standards and best practices and that civil society organisations, human rights defenders, and journalists enjoy an enabling environment.

Switzerland called for the guarantee and protection of the right to freedom of expression by removing the criminalisation of all expression offences subject to the exceptions expressly provided for in the International Covenant on Civil and Political Rights.

The United States of America sought to ensure that journalists, human rights defenders, and other individuals are not prosecuted or detained for the exercise of their rights to freedom of expression, peaceful assembly, or association, and ensure all individuals receive fair trial guarantees. Additionally, the U.S. delegation called to facilitate the visit of UN special procedures, including the Special Rapporteurs on freedom of peaceful assembly and of association and on the situation of human rights defenders.

The rights of children, women, individuals with disabilities, and older persons were among the main discussed topics. Saudi Arabia and South Sudan expressed their recommendation that Morocco continue to implement public policies aimed at promoting and protecting human rights, especially those related to group rights such as the rights of children, persons with disabilities, migrants, asylum-seekers, and the elderly.

Numerous delegations, including Serbia, Vietnam, Bangladesh, and Congo, advised Morocco to take targeted and comprehensive measures to prevent the rise in dropouts from education, especially of girls in rural areas. Further, Sierra Leone recommended that Morocco consider aligning the minimum legal working age in the Labour Code and the school-leaving age in the 2019 Framework Act to ensure school attendance. Eswatini also urged Morocco to strengthen the quality of education for all children. Sri Lanka advised Morocco to further promote the rights of the child by enhancing access to education and enrolment capabilities.

Regarding child marriage, Botswana urged Morocco to strengthen the Family Code to ensure that children's rights and interests are fully protected by national legislation, especially regarding the prohibition of early forced marriage. Latvia advised that Morocco should promote and protect children's rights by preventing child marriage and setting the absolute minimum age of marriage at 18.

Finally, Panama recommended that Morocco adopt a comprehensive sexual and reproductive health policy for adolescents focused on the prevention of early pregnancy and sexually transmitted infections.

In addressing the discrimination faced by women, most delegations expressed their recommendation that the Family Code be revised to ensure that discrimination during inheritance, divorce, and legal guardianship of minor children is banned and legally fought against. Several delegations expressed their advice that Morocco should take appropriate measures to reduce the stigmatisation of single women and single mothers and promote their inclusion in society.

Several delegations recommended that Morocco reinforce its measures to protect persons with disabilities. Particularly, Armenia, Gambia and Botswana advised that Morocco expedite efforts to formulate a plan at the national and local government levels to develop support services for individuals living with disabilities, especially those residing in remote and rural areas.

Regarding the discrimination that many individuals with disabilities face, Azerbaijan recommended that Morocco enhance its measures to fully integrate these individuals into society. Further, Djibouti advised that Morocco take additional measures guaranteeing access for persons with disabilities to basic social services, particularly health services.

Hungary recommended that Morocco ensure the implementation of the Government Programme 2021 to 2026, which sets out special measures to support persons with disabilities, in particular by prioritising access to education for children with disabilities.

Regarding discrimination faced by older persons, the United Arab Emirates and Libya recommended that Morocco support the integrated national program on the promotion of the rights of elderly persons 2020-2030 and the rehabilitation programs for social care institutions for the elderly.

Further, Israel advised that Morocco provide an enabling and favourable environment for older persons, including by taking measures to strengthen their political, social, and cultural participation.

Geneva International Centre for Justice (GICJ) urges Morocco to take any necessary steps to improve the human rights situation within the country. We urge Morocco to put a definitive end to the death penalty and to guarantee the freedom of expression by removing barriers to human rights defenders’ activities and opinions. Furthermore, we urge the country to improve the legislation to protect vulnerable groups, especially by prohibiting any form of violence against children, individuals with disability, women, and older persons. None of them should be deprived of their fundamental human rights. To conclude, we urge Morocco to harmonise its legislation with international legal standards and to ratify all UN treaties.