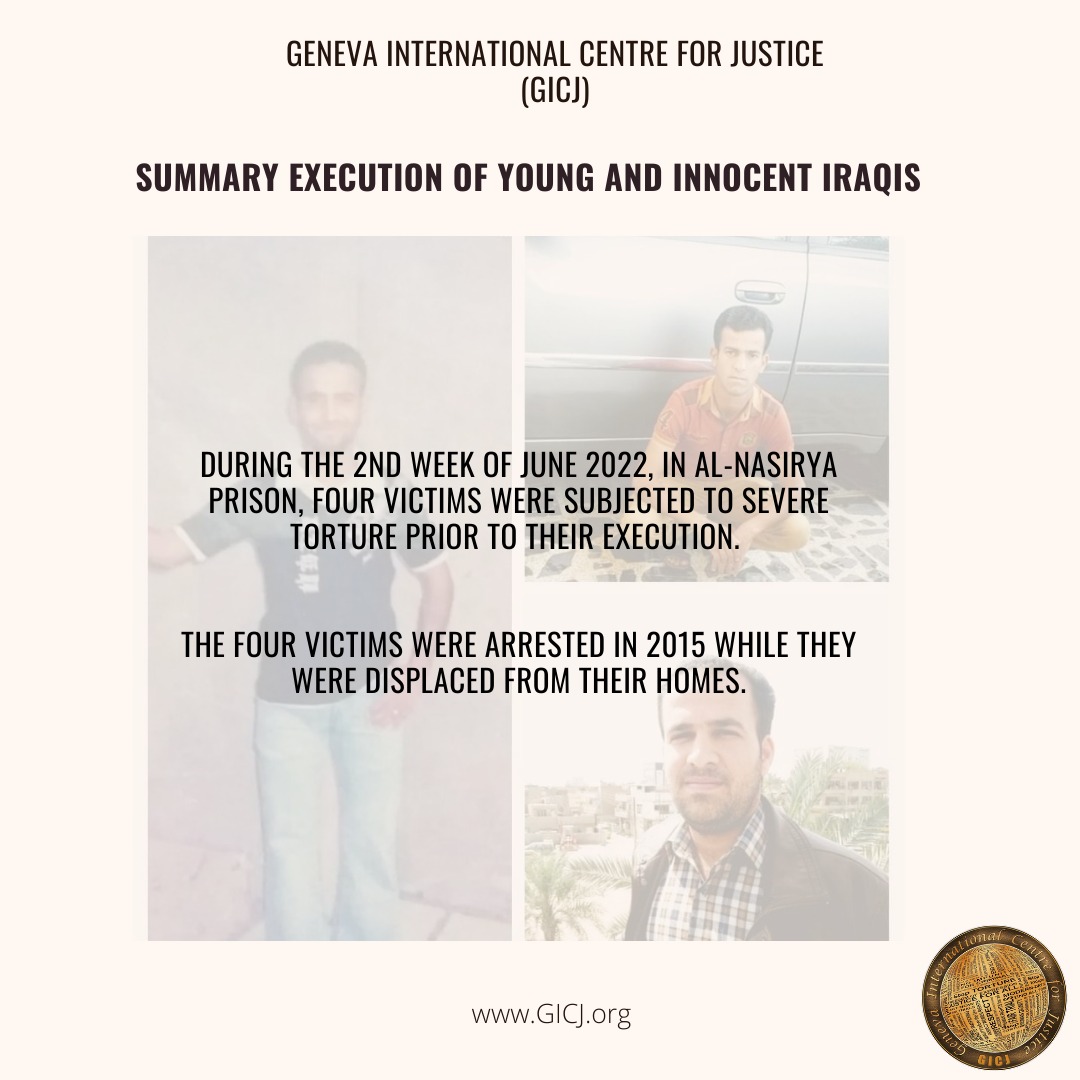 GICJ is appalled by the execution of four innocent young men from the city of Karma, Iraq. The executions took place in Al-Nasirya prison during the second week of June. According to photos obtained from the families, the victims were subjected to severe torture before they were executed. According to the families of the victims, the scars found on their bodies suggest that they had undergone organ harvesting - this has yet to be confirmed by further scrutiny.

It is alarming that Iraq continues to practice widespread and systematic arbitrary executions, despite the fact that they clearly amount to crimes against humanity and entail the universal criminal responsibility of any official involved in such acts. The Iraqi judicial system is based on revenge rather than transparent and fair access to justice as there is no presumption of innocence.

According to the information received by GICJ, the four victims were also brutally tortured during their interrogations to garner confessions, despite inhabitants supporting their pledge of innocence. Unfair trials are the result of pressure put on investigators to get a quick confession in order to bring a suspect to trial. As a result, torture and ill-treatment are widely used to get a confession in Iraq.

In addition, Iraq's Anti-Terrorism Law No. 13 of 2005, which provides the legal basis for the application of the death penalty for terrorism-related crimes, is systematically misused by Iraqi authorities, often on an apparent sectarian basis.

If the international community does not intervene now, another two brothers, Alaa Jassam Mohamed Farhan Al-Jumaily and Abdulwahab Jassam Mohamed Farhan Al-Jumaily, will suffer the same ruthless fate and will be executed despite their innocence on the basis of confessions extracted under torture and on the basis of secret informants and anonymous denunciations. It is already widely established that the Iraqi judicial system does not adhere to any of the basic international standards required for a fair trial.

Geneva International Centre for Justice (GICJ) strongly condemns the killing of these innocent young men, which amounts to arbitrary deprivation of life, and we call on the international community not to fail this time to protect and save the lives of the two brothers. GICJ has repeatedly reported that those accused of terrorism are routinely denied the right to an effective defense and subjected to the worst forms of inhumane treatment while languishing in appalling conditions of detention. 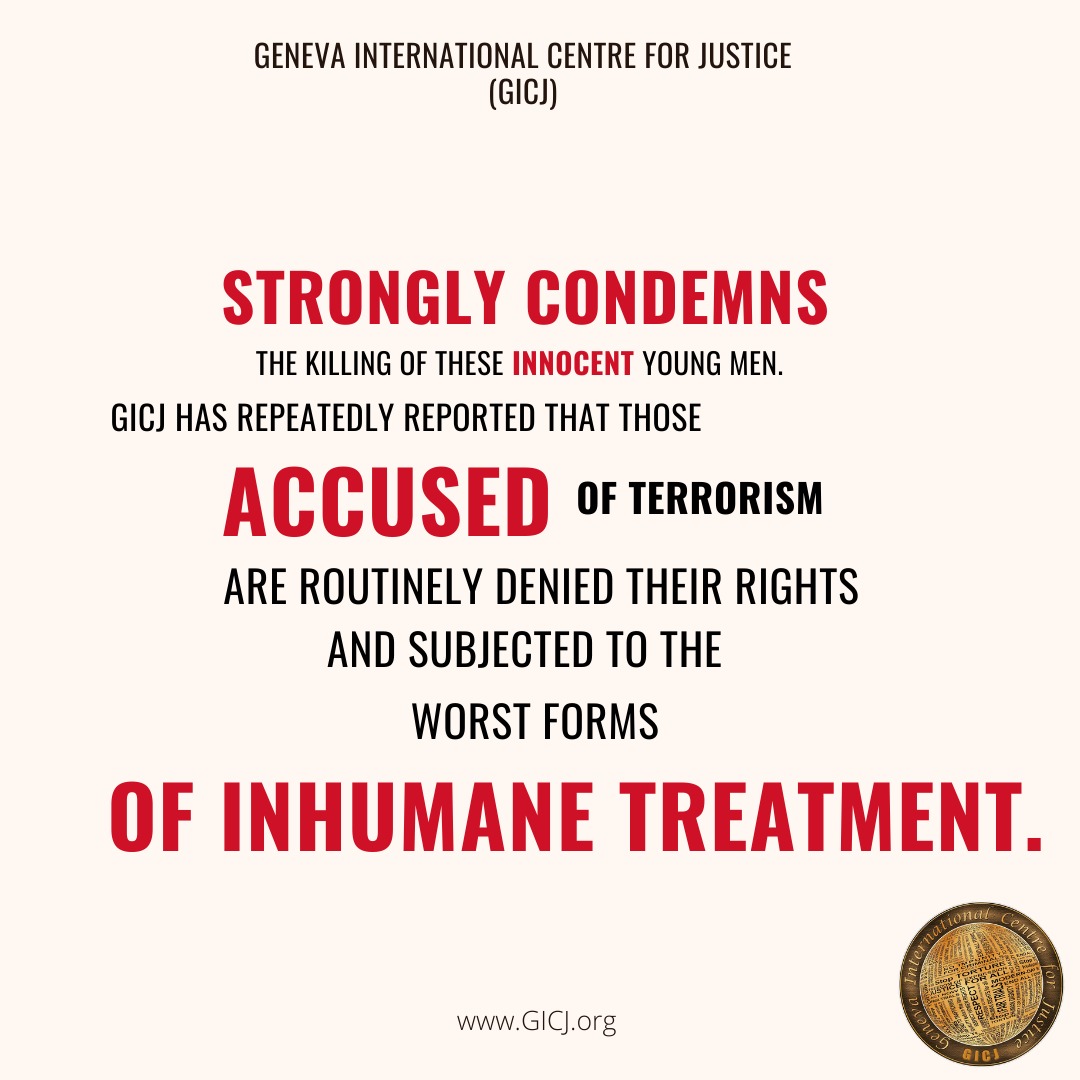