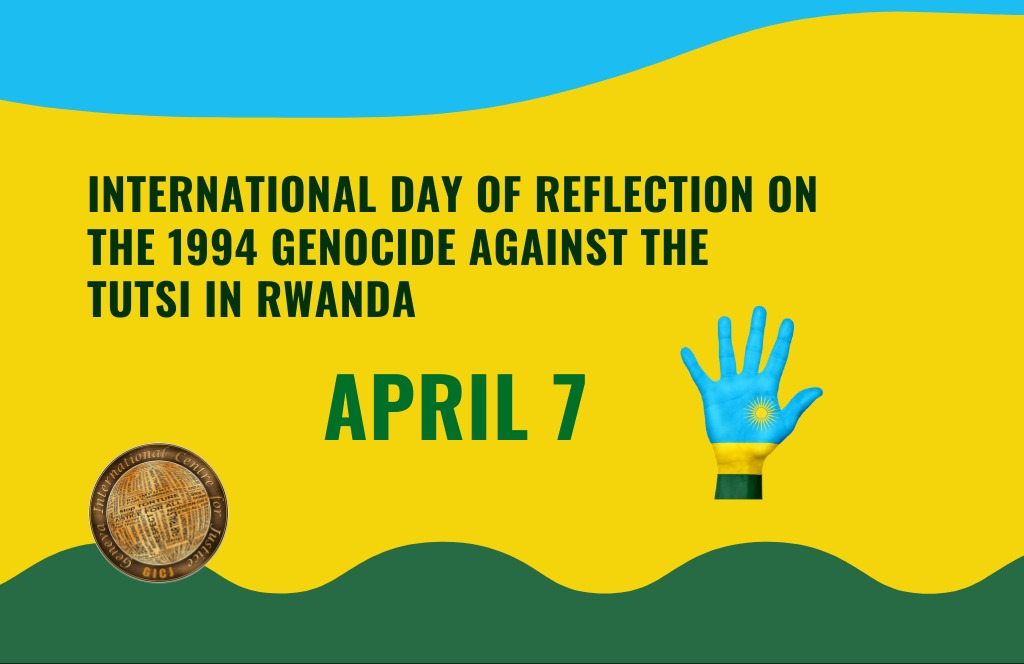 In Rwanda, this day is commemorated as the Genocide Memorial Day "Kwibuka", which translates to "to remember". This day marks the beginning of the national mourning period that lasts until Liberation Day on July 4. In this period, the flames burned, also known as the "Kwibuka Flame, " embody the people's collective remembrance, unity, and recommitment to peace and building a better Rwanda.

The genesis of the Genocide

On the evening of April 6, 1994, then-President Juvenal Habyarimana and the-President Cyprien Ntaryamira of Burundi (both Hutus) died in a plane crash suspected of being shot down by the Rwandan Patriotic Front (RPF) that comprised of mainly Tutsis. Hutu extremists blamed the RPF and immediately started a scrupulous campaign of vengeance; they circulated propaganda and racist ideologies aimed toward the Tutsi people via the Hutu-owned radio channel, Radio Télévision Libre des Mille Collines (RTLM), and newspapers urging Hutu people to go to work and "weed out the cockroaches'' implying to kill the Tutsis. The Genocide began.

The youth faction called Interahamwe under the then-governing party, Mouvement Révolutionnaire National pour le Dévelopment (MRND), was turned into a militia and tasked to carry out the killings. The militias set up roadblocks where Tutsis were slaughtered. Tutsis were easily identified, as Identification Cards of the time indicated their ethnic backgrounds. Lists of government opponents were handed out to the Interahamwe militias, who went and executed them, along with their entire families.

Local Hutu groups were handed out hit lists and weapons, including machetes, automatic rifles, and hand grenades. They proceeded to attack their Tutsi Neighbours. Interethnic families were torn apart as family members started to kill each other. Tutsi women were subjected to sexual violence as many were gang-raped and kept as sex slaves. Even priests and nuns were convicted of killing Tutsis; about 5000 people who sought shelter in churches were killed, and some were burned alive.

The colonial legacy of the Genocide

The Berlin Conference of 1884 designated Rwanda as part of German East Africa. In 1899, the German empire colonized Rwanda. The German policy was to rule the country through the Rwandan monarchy, thus allying with the king. After the defeat of the German empire in the first World War (1914-1981), the Belgian empire colonized Rwanda as part of the 1916 – 1945 mandate from the League of Nations (present-day the United Nations). To comprehend how and why such a tragic event could happen, one must explore the colonial legacy and its atrocities. During colonial rule, Rwanda's ethnic groups: the Hutus, the Tutsis, and the Twa, became racialized.

Though ethnic identities predate colonization, these ethnic identities were accentuated and used as a tool of divide and rule under the Belgian colonial rule; ID cards specifying the people's ethnic backgrounds were introduced. It was the amplification of ethnic identities and their relationship with political power that set up the foundation for the Genocide. The Belgians favoured the Tutsi people mainly because of their Eurocentric features. Therefore, authority was accorded to the minority Tutsi elite as the Hutus majority were regarded as inferior and subjected to exploitation. On November 1, 1959, the Hutus launched a revolution that led to the Belgians transferring power to the Hutu majority.

On July 1 1962, Rwanda gained its independence from Belgium, leaving the Hutus in power. This circumstance facilitated widespread discrimination against Tutsis, who were seen and treated as foreigners, they were excluded from prominent careers, and education quotas were applied to them.

In general, the International Community ignored the Genocide classifying it as merely tribal conflict, thus, being accused of not doing enough to stop the massacre in Rwanda. France sent a special force to evacuate its citizens, the United Nations and Belgium had forces in Rwanda, but the UN mission was not mandated to stop the killing. A consequence that has left a stain on the reputation of UN Peacekeeping to this day. On November 8, 1994, the United Nations Security Council established the International Criminal Tribunal for Rwanda in the Tanzanian town of Arusha to prosecute the instigators of the Genocide, 96 people, including senior officials in the former regime, were prosecuted and convicted after an extensive trial that cost 1.3 billion dollars.

Within local communities, community-based courts known as Gacaca were created; "Gacaca" literally translates to sitting down and discussing a concern. The Gacaca courts aimed to find justice, reconciliation, and redress for the victims of the Genocide. The Gacaca court sessions met once a week in villages, often outdoors in fields and markets. On May 4, 2012, it officially closed with approximately 1.2 million cases tried, and 10,000 offenders died in prison before they could be brought to justice.

On the eve of the commemoration of the 20th anniversary of the Genocide in 2014, President Paul Kagame of Rwanda accused France and Belgium of their role in facilitating the Genocide. President Kagame accused France of providing financial and military support to the Hutu government. France has consistently denied accusations of enabling the Genocide. Still, at the genocide memorial in Rwanda's capital Kigali in May 2021, French President Emmanuel Macron officially recognized France's role in the Genocide and asked Rwandans to forgive France.

Geneva International Centre for Justice (GICJ) honours this day and compliments Rwanda for its focus on community rebuilding to promote communal healing during post-conflict reconciliation. Justice was entrusted into the hands of its citizens through a community-based court system known as the Gacaca that introduced methods of transitional justice that held Democide (The murder of any person or people by the government, including genocide, politicide and mass murder) perpetrators accountable for their crimes while encouraging forgiveness of victims.

GICJ commends the government of Rwanda and its people for rebuilding the nation’s social, political, and economic. Rwanda has demonstrated to the world that justice and reconciliation are not only a dream but a possibility. We, therefore, call on the International Community and the United Nations bodies to collectively renew, strengthen, ensure, and uphold human rights by reinforcing policies that respect and protect members of our societies; for acts of genocide still continue to occur, proving that history always repeats itself without selectivity of boundaries. No part of the world is immune to this atrocity.