On January 14, 2022, a spokesperson for the Office of the UN High Commissioner for Human Rights (OHCHR), Liz Throssell, expressed deep concern over recent episodes of hate speech in Bosnia and Herzegovina and in Serbia “that saw individuals glorify atrocity crimes and convicted war criminals”  and  “directly incite violence” in other cases. The incidents took place in numerous locations in Republika Srpska, one of Bosnia and Herzegovina’s two entities or administrative units, including Bijeljina, Prijedor, Foča, Gacko, Višegrad, as well as in the self-governing administrative, Brčko District, and in Priboj and Novi Pazar in Serbia. 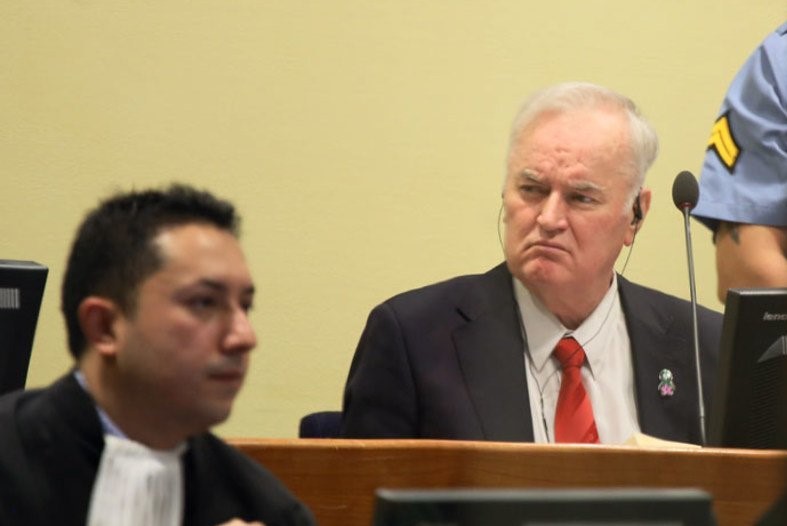 The acts took place amid religious holidays last weekend, marking the celebrations of Orthodox Christmas, and included large groups chanting during torchlight marches the name of Ratko Mladić, a convicted war criminal found guilty of war crimes, crimes against humanity, and genocide by the International Criminal Tribunal for the former Yugoslavia (ICTY). During the incidents it was also said that nationalistic songs were sung, calling for the takeover of various locations in the former Yugoslavia, and in another separate incident rounds of live ammunition were shot as people drove to a mosque.

“These incidents, some in locations that saw large-scale atrocity crimes during the war in Bosnia and Herzegovina…are an affront to survivors, including those who returned to their homes after the conflict,” said Ms. Throssell.

For many, the memory of the 1992-1995 conflict stilll lingers to this day. It claimed the lives of 100,000 people, including the 1995 Srebrenica massacre of 8000 Muslim men and boys by Bosnian Serbs, which has since been recognized as an act of genocide. Ethnic and political frictions have since continued under Bosnia’s complicated state system and recent developments and incidents of hate crime see the country facing political instability and renewed conflict.

The statement from the OHCHR Spokesperson released from the agency’s headquarters in Geneva highlights “the fear and risk” of such acts, fearing that they may increase in 2022, as this is the year in which elections are due in both Serbia and Bosnia and Herzegovina, where the political environment is already heated.

The incitement of violence, the rise of hate speech, the denial of war crimes and genocide, and the glorification of convicted war criminals, threatens the stability and future of the Western Balkans.

Geneva International Centre for Justice (GICJ) strongly encourages authorities in Serbia and Bosnia and Herzegovina to abide by international obligations to protect human rights and ensure justice for all. This phenomenon calls for reconciliation efforts to deal with ethnic tension and rising nationalist rhetoric. GICJ condemns all acts of violence and hate speech and calls on Serbia and Bosnia and Herzegovina to condemn national, racial, and religious hatred.  Both Bosnia and Serbia are signatories to the International Covenant on Civil and Political Rights and are therefore obliged to ensure discrimination, hostility, and violence are prohibited not only in law but also in practice, by ensuring access to effective judicial mechanisms.