Each year, on the 6th of November, the international community comes together to commemorate the International Day for Preventing the Exploitation of the Environment in War and Armed Conflict. This day was established nineteen years ago by the UN General Assembly under Resolution 56/4 in order to acknowledge the toll of warfare on the environment and promote its prevention.

From examples in Vietnam, Kuwait, Iraq, Afghanistan, and others, we can see that that environmental issues and conflict are closely linked. Environmental degradation can reinforce conflicts and environmental exploitation can fuel them. With this in mind, Geneva International Centre for Justice (GICJ) affirms that a resilient environment is a necessary basis to any thriving community and underscores that all states must commit to protecting the common good that is our environment, especially during times of conflict.

Public interest in the environmental impacts of war began as a result of tactics used by the U.S. Military during the Vietnam War. Between 1962 and 1970, the U.S. sprayed more than 20 million tons of “Agent Orange,” a highly toxic chemical that strips the leaves of trees, on the dense tropical forest that provided cover to the Viet Cong forces. The active biproduct of Agent Orange is a dioxin compound called TCDD, and it can remain in the environment for decades without breaking down. 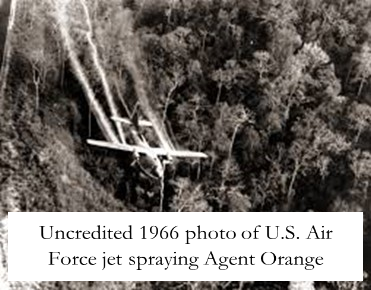 In Vietnam, TCDD entered into water sources and consequently the food sources of local populations.[i] This destroyed crops and habitats in large parts of Vietnam, and created long-term diseases for those who were exposed either directly or indirectly. To this day, diseases linked to Agent Orange exposure are reported in parts of rural Vietnam, and traces of TCDD are found in the soil and groundwater.

While the use of chemical weapons was a violation of the 1925 Geneva Protocol, Agent Orange was not illegal for the environmental devastation it caused. In 1976, one year after the end of the Vietnam War, The Environmental Modification Convention was adopted, partly in response to the public outrage over the environmental effects of the chemical. The convention prohibited the use of environmental modification techniques as a means of warfare. This Convention was joined by the Protocol 1 ammendment to the Geneva Conventions in 1977 which prohibits warfare that causes “widespread, long-term and severe damage to the natural environment.”[ii] These two pieces of international law were groundbreaking for their legal protections of the environment during times of war.

The 1970’s also marked the age of the Stockholm Declaration, which noted the critical importance of planning and coordination amongst nations when addressing climate issues, acknowledging that the very nature of the environment makes environmental disasters impossible to contain within state borders. The United Nations Environnment Programme (UNEP) was also founded under the Stockholm Declaration, and has since been at the forefront of researching ways to strengthen legal protections for the environment in times of conflict.

Despite key legal protections awarded in the 70’s and subsequent years, a second highly-publicized environmental disaster occurred during the 1991 Gulf War. Towards the end of the conflict, over 700 oil wells were set on fire in the infamous “Kuwait Oil Fires.” The fires released carcinogens and toxic metals into the atmosphere for over seven months after they were ignited. The event caused a dramatic air quality reduction in the region, killed much of the neighboring flora and fauna, emitted unprecedented amounts of carbon dioxide (amounting to 2% of global emissions), created approximately 300 oil lakes, contaminating earth and groundwater in their vicinity, and displaced populations living close to the wells.[iii] 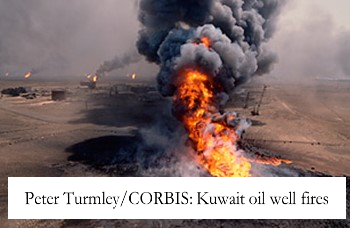 Unfortunately, the oil fires were not the only environmental impact of the gulf war. Millions of barrels of crude oil were spilled into the ocean, fuel-air bombs destroyed crops and vegetation and around 50 million gallons of sewage were left in sand-pits by coalition forces.[iv] The environmental destruction that occurred from these actions was unprecedented.

Additionally, the Gulf War marked the first use of depleted uranium by American and British forces – a product whose use has led to catastrophic environmental and human consequences. Depleted uranium (DU) is a readily-available byproduct of uranium enrichment and it was used in construction of tanks and ammunition because of its ability to make metals stronger. DU is just as toxic as enriched uranium and is also still radioactive. When ammunition enforced with DU makes contact with a target it sprays toxic dust in the vicinity which can be inhaled or absorbed through open wounds and also settle in food or water sources.

After the war it was found that contact with this substance during the war led to long-term diseases, including cancer and kidney failure in both combatants and civilians.[v] Despite this knowledge, DU continued to be used by the U.S. during the 2003 invasion of Iraq.[vi] Iraqi doctors and other health professionals reported that birth defects and cancers in Iraqi children rose by five to ten times after the 1991 Gulf War.[vii] In order to raise awareness of the human cost of this environmental issue, Geneva International Centre for Justice has sent letters and urgent appeals to relevant UN bodies and published numerous reports on the topic, all of which can be found on www.gicj.org.

While the destruction in the 70’s in the Vietnam War and in the 90’s in the Gulf War may be some of the most publicized events of their kind, the environment is, unfortunately, a very common casualty of war.  For example, the U.S. war in Afghanistan resulted in the disappearance of more than 1/3 of the forests in the country, including precious native pistachio woodlands. As a result, habitats and consequently wildlife have completely disappeared, and drought, desertification and species loss are very common. 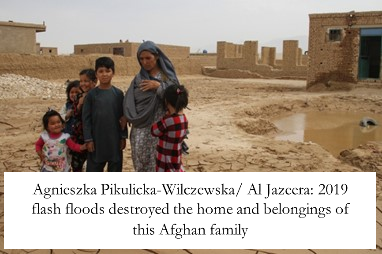 Today, Afghanistan faces another issue at the intersection of conflict and the environment: vulnerability to climate change and worsening environmental crises in the region are sowing the seeds for renewed conflict. Most Afghans work in agriculture, and they have suffered from long years of extreme drought, which has in turn led to increased poverty and food insecurity in communities. Conflicts become more likely in countries that suffer from destabilizing environmental crises such as these; UNEP has estimated that 80 percent of conflict is related to natural resources. As a response to this crisis, many have left their homelands to seek new livelihoods. The International Organization for Migration (IOM) estimates 1/3 of Afghans have migrated or been displaced since 2012.[viii] Unfortunately, displacement and migration can put environmental stress on new regions that are unable to support a population spike. 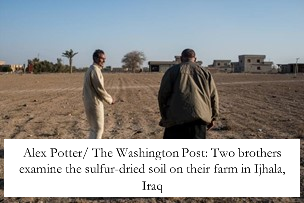 In Iraq, areas once occupied by the Islamic State (ISIL) are still coping with the environmental damage wrecked by years of conflict. ISIL fighters regularly burned tires and set oil wells on fire, resulting in short-term thick cloud of black smoke and soot that has created long-term high levels of air pollution. Oil leaks also seeped into the groundwater, affecting water sources for both livestock and people. In 2016, the militants also torched a sulfur plant, causing 35,000 tons of sulfur to enter the air and settle in agricultural areas, ruining crop yields for years after.[ix]

With the example of ISIL, it is clear that environmental resources also can serve to perpetuate conflicts by providing a source of financing for non-state actors. ISIL financed their operations largely by exploiting oil resources. In Somalia, terrorist groups did the same—their illegal trade in charcoal brought in annual revenues of up to $284 million.[x] In the Democratic Republic of the Congo, exploitation of natural resources, including coltan and cassiterite which are used in electronics, financed the militants. The conflict associated with the extraction of these resources has been linked to the deaths of over 5 million people in congo between 1990 and 2005.[xi]

In a message commemorating the 2014 International Day for Preventing the Exploitation of the Environment in War and Armed Conflict, former UN Secretary-General Ban Ki-moon stated that, “armed conflicts are becoming more and more complex, and require solutions that address the root causes.”[xii] The shifting modern landscape of conflict, most notably the rise of non-state actors and terrorism, makes it more difficult to monitor conflict zones and control their potential environmental impacts. Instruments of modern warfare have greater potential to cause long-term and irreversible environmental devastation. A very clear example of this is radiation from nuclear explosions, but other common impacts are agricultural degradation due to landmines and improper disposal of toxic chemicals. 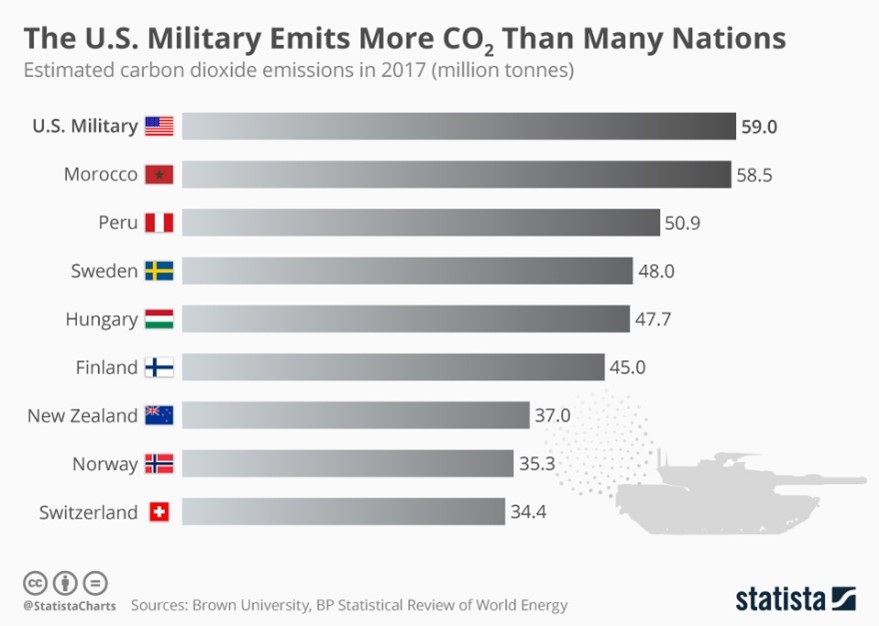 It is important to note that planning for war and engaging in war is harmful on the environment, even when the strategies are not expressly intended to cause environmental destruction. In peacetime, militaries pollute the land, air and water, in particular through[xiii] the production of military equipment and nuclear capacity. The graph to the left depicts the carbon emissions of the U.S. military in 2017 in comparison to the total emissions of eight other nations.

Thankfully, there have been recent steps made on the international level showing that recognition of the detrimental effects of war on the environment is becoming widespread. On the 27th of May, 2016, all 193 Member States of the United Nations Environment Assembly adopted resolution UNEP/EA.2/Res.15, which recognized the role of healthy ecosystems and sustainably managed resources in reducing the risk of armed conflict. This step represented a commitment of UN Member States to confront the issues. In September of the same year, The Office of the Prosecutor of the International Criminal Court published a policy paper stating that environmental crimes are a priority for the court, and must be considered as grave crimes.

Furthermore, in July of 2019, the International Law Commission adopted 28 draft legal principles to “address the causes and consequences of war and armed conflict on the environment,” further strengthening the legal case for protection of the environment.[xiv] This is a welcome achievement, and one that was many years in the making. Of course, the protection of the environment and the end to conflict are also upheld in the Sustainable Development Goals under SDG 13 “Climate Action” and SDG 16 “Peace, Justice and Strong Institutions.” As part of the implementation of the Sustainable Development Goals, environmental issues in times of conflict need to be addressed.

On this day, GICJ recognizes that the need to protect the environment in the context of armed conflict is urgent, as is shown by the examples provided in this report. GICJ believes that a safe, clean and healthy environment is a human right and a baseline to unlock other human rights. At the same time, new challenges, like climate change and modern war-making, make preventing environmental exploitation during war more difficult.

GICJ urges international cooperation, to ensure that all States effectively implement all relevant international laws related to the protection of the environment in war and armed conflict. Such implementation will bring us one step closer to achievement of the Sustainable Development Goals. To aid in this implementation, GICJ recommends three action points for stakeholders, outlined below. These recommendations are in-line with those provided by the United Nations.

Establish or strengthen early warning systems for conflict and prioritize information-sharing between States.

Develop capacity building to mediate conflicts, especially those over resources. 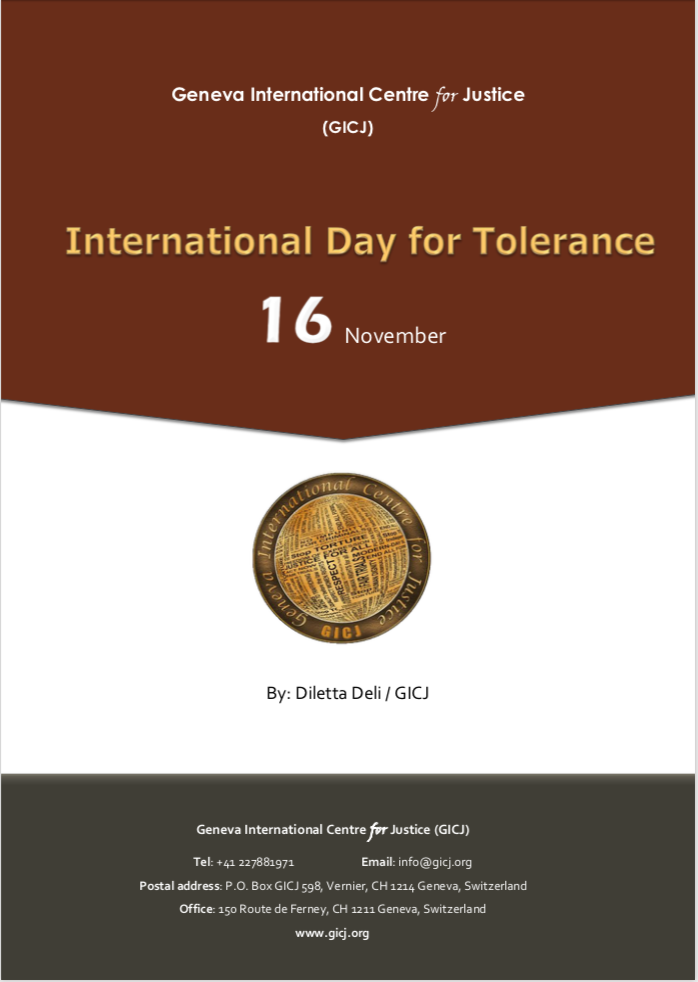 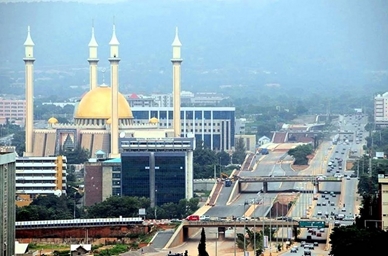 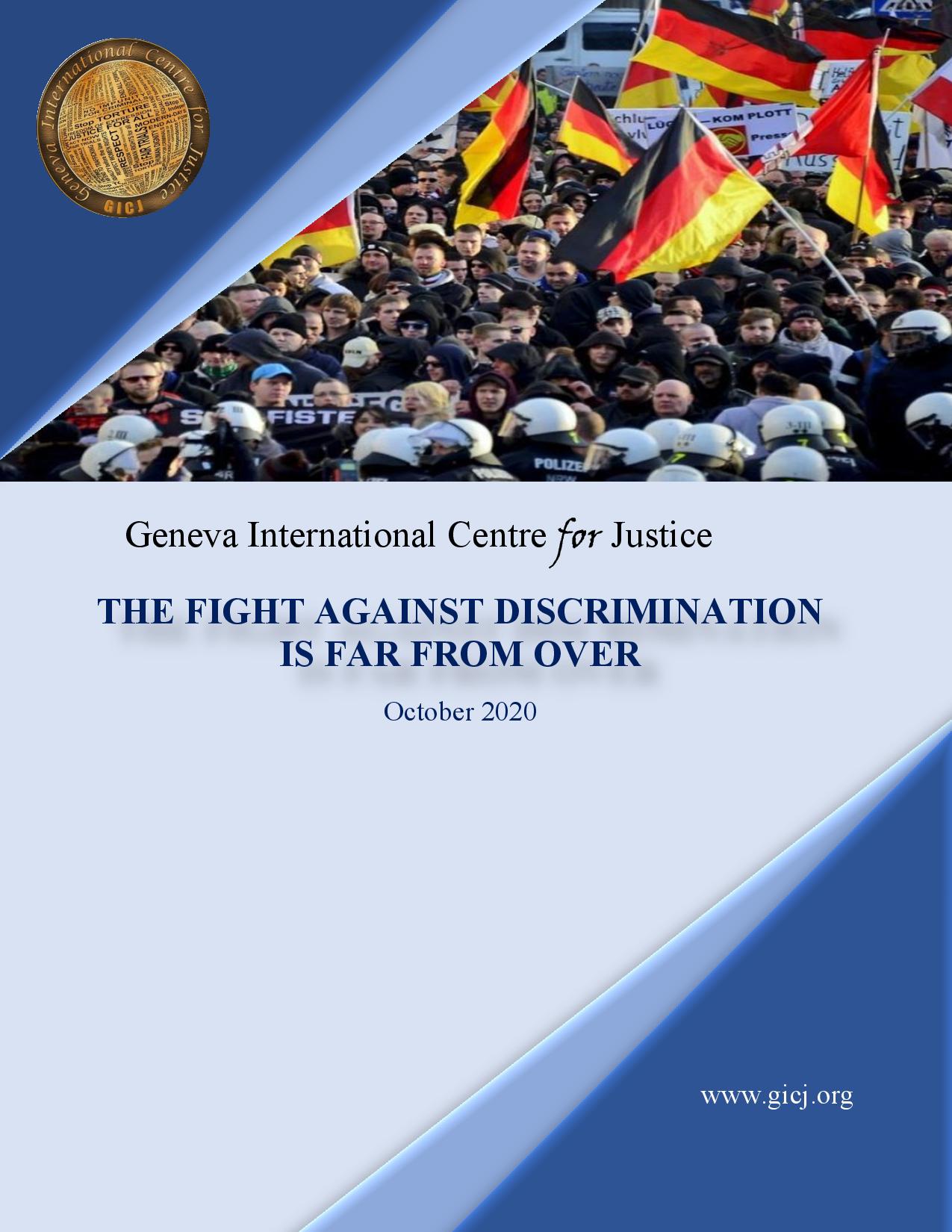