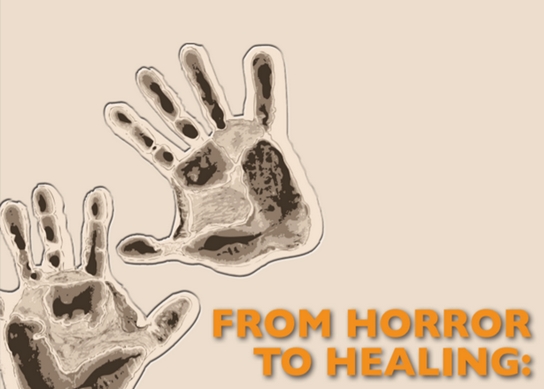 The UN General Assembly has proclaimed June 26 as the United Nations International Day in Support of Victims of Torture with its Resolution A/RES/52/149.

The International Day was institutionalized “with a view to the total eradication of torture and the effective functioning of the Convention against Torture and Other Cruel, Inhuman or Degrading Treatment or Punishment, which entered into force on 26 June 1987.”

The Convention defines torture as "any act by which severe pain or suffering, whether physical or mental, is intentionally inflicted on a person for such purposes as obtaining from him, or a third person, information or a confession, punishing him for an act he or a third person has committed or is suspected of having committed, or intimidating or coercing him or a third person, or for any reason based on discrimination of any kind, when such pain or suffering is inflicted by or at the instigation of or with the consent or acquiescence of a public official or other person acting in an official capacity.”

Torture is when someone in authority intentionally causes severe pain or suffering for a specific purpose. Such as to get information or a confession, to punish, intimidate or threaten.

According to the Convention, the States parties to it shall not engage in acts of torture or condone torture conducted by other nations. Nonetheless, torture seems to be a widespread practice in certain areas of the world, while it is also practised – but carefully concealed- in many others. Over the last five years, there have been reports of torture in 141 countries – namely three-quarters of the world.

Torture usually takes place out of sight and in silence –although the victims might be screaming. In fact, there are many reasons why torturers remain intact. These include lack of political will – especially if the government is behind the torture, investigations carried out by the torturers’ colleagues or general neglect and indifference for human rights law. Whatever the reason, people who suffer torture are failed, and torture flourishes.

The use of torture undermines the human nature itself; it is manifestly contrary to the concepts of justice, fair trial, as well as the deeply-ingrained sense of morals, which humans possess and which distinguishes them from animals. Torture degrades a human being, depriving him of his human dignity; it causes pain. It kills people.

Notably, neither actionable nor relevant information is likely to be obtained from the numerous acts of torture employed to root out the “evil-doers” in our world. It is widely accepted that a torture victim will say anything his/her torturer wants to hear, for the latter to stop torture.

During the last decades, there has been constant discussion on what constitutes torture and on what is left outside its scope. For instance, it has been questioned whether waterboarding or sleep deprivation are forms of torture.

Geneva International Centre for Justice wishes to underline that there is a clear definition of torture. The debates on the issue do not offer anything apart from a covering shield for the perpetrators. Real action must be taken; action directed both to the elimination of torture practised both by State officials and individuals within a State, but also to the condemnation of acts of torture within foreign jurisdictions.

Cruelty and humiliation should not be tolerated, whether or not they qualify as torture. Legislation for the eradication of torture should be adopted in every state, as well as measures to effectively implement it, including a fair process for investigating torture and prosecuting those responsible. If torturers or aspiring torturers know that they face a real risk of being prosecuted under international and domestic law, acts of torture will hopefully deteriorate.

As in any other case, prevention is better than cure; especially when it comes to torture, the impact of which on the victims is likely to follow them forever.