On the 9th of May 2022, 43 inmates were killed during a riot at the Social Rehabilitation Centre of Santo Domingo de Los Tsáchilas, located approximately 70 kilometres from Quito. The incident highlights the considerable problems inherent within the Ecuadorian prison system. On average, one inmate is killed in prison every day in Ecuador and the government faces numerous challenges when attempting to keep prisons free from riots while maintaining a high standard of prison security. Over recent years, Ecuador has witnessed a widespread increase in prison riots.

The current series of riots began in 2021. According to the authorities, the riots were linked to clashes between criminal gangs financed by drug trafficking [3]. The first occurred on the 23rd of February 2021 in three separate prisons: Guayaquil, Cuenca and Latacunga. The Rehabilitation Service of Ecuador informed that the total number of deaths as a direct result of the riots was 79. Additional riots which occurred in July 2021, took place in two of Ecuador's largest prisons (Guayaquil and Latacunga), in which 22 inmates died.

As well as the aforementioned incidents, in September of 2021, a penitentiary massacre occurred in ‘’Centro de Privación de Libertad Número 1” in Guayaquil, the largest one so far in Ecuador’s history. A prison gang known as "Los Tiguerones" attacked two maximum-security wings in the prison and decapitated five people. Later, the members reached another wing and killed 19 prisoners by throwing a grenade and shooting the survivors. The opposing gang, "Los Choneros", present at that wing, responded with fire [5]. This riot left 119 deaths and 80 wounded [4]. 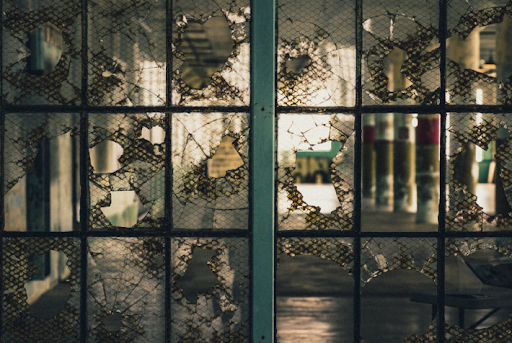 While the riot in September of 2021 remains the most notable example of prison violence in Ecuador, it is clear that such riots have become a common phenomenon. In February of 2022, a gang dispute took place in the prison of El Turi in the city of Cuenca, causing the death of at least 20 inmates. In relation to this riot, the Ministry of the Interior stated that "there is an organisation that wants to have absolute power inside the centre, and some cells have rebelled against them" [6].

Similarly, another riot took place on the 9th of May at the Social Rehabilitation Centre of Santo Domingo de Los Tsáchilas. This occurred during the escape of 220 prisoners, 108 of whom have not yet been captured [7] [8]. The riots were provoked by the transfer of a prisoner known as "Anchundia", linked to the R7 gang. In this last riot, 43 inmates died.

Many hypotheses have been suggested for the recent growth of prison riots. Firstly, many have theorised that a power struggle between various criminal groups over the prisons and their market could be the primary reason for the escalation in violence, with gangs such as "Los Choneros", “Los Tiguerones”, “Los Lobos”, and “Los Lagartos” being key actors in the spread of rioting. Secondly, disputes over narcotic routes have been listed as an area of contention between rival gangs. According to Insight Crime, Ecuador has become the "cocaine highway to the United States and Europe" in recent years. The narcotic routes are the main issue within prisons in Guayaquil due to their proximity to Ecuador's busiest ports. Thirdly, the growth of gang activity has infiltrated the political system and led to the spread of corruption within its institutions, thus allowing various criminal groups to expand their drug trafficking operations with little interference from the government. Lastly, the overcrowding of the prisons has led to an increase in rates of violence within the penitentiary system. Ecuador's current prison infrastructure comprises nearly 60 centres with a capacity to hold 29,000 inmates and 1,500 guards, with a deficit of at least 2,500 guards. Its overcrowding is around 30%, with 38,000 inmates [2].

In view of the current situation, and the increase of prison riots in the country, the Office of the High Commissioner for Human Rights called on the Ecuadorian government to consider the recommendations of the 2019 report regarding human rights and justice administration. The report recommends measures to reduce violence, deaths and severe injuries in detention centres [1].

Liz Throssell, Spokesperson for the Office of the United Nations High Commissioner for Human Rights, said,  "These worrying incidents once again highlight the urgent need for a comprehensive reform of the criminal justice system, including the penitentiary system, to tackle what has been a protracted crisis in the country". She further highlighted that it is the responsibility of the State to ensure the safety of all of the people in its custody, which creates a presumption of State responsibility for the deaths of the inmates. Ms Throssell called for a full investigation of the incidents and urged the government of Ecuador to consider a roadmap suggested by the office in alliance with UNODC (UN Office on Drugs and Crime) to guarantee greater levels of security within the prisons and ensure better management.

The Inter-American Commission on Human Rights reported that the Ecuadorian penitentiary system is weak due to the State’s neglect and lack of an integral policy, as well as the terrible conditions the prisoners are currently in.

Geneva International Centre for Justice (GICJ) is deeply concerned about the violence taking place in the Ecuadorian prisons system and the lack of State control over the actions of prisoners. Excessive violence in prisons affects the security and human rights of prisoners. GICJ calls on the government of Ecuador to adopt the recommendations made by the Office of the United Nations High Commissioner for Human Rights and the UNODC to guarantee security and better management in detention centres. Only a reform of the criminal justice system can improve the abandonment and weakness of the penitentiary system and build an integral policy.