Every year, on November 25th, the international community observes the International Day for the Elimination of Violence against Women. It also launches the “16 days of activism”, where people militate for women’s protection, leadership and empowerment until December 10, the International Human Rights Day.

The International Day for the Elimination of Violence Against Women have been celebrated for decades, but the UN officially recognized it in 2000 (Res. 54/134). The date chosen honours the Mirabal sisters, 3 political activists from the Dominican Republic who were murdered by order of the country ruler, Rafael Trujillo, on the 25th of November. They are an example of activism and active fight against repression. The day condemns and advocates against “any act of gender-based violence that results in, or is likely to result in, physical, sexual or psychological harm or suffering to women, including threats of such acts, coercion or arbitrary deprivation of liberty, whether occurring in public or in private life”. Such definition includes child marriage, female genital mutilation, human trafficking, sexual violence and harassment, or intimate partner violence. 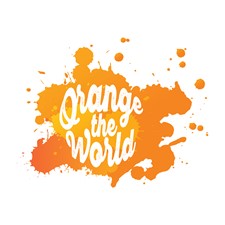 Indeed, 37 countries still exempt rapists from prosecution if they are or are going to be married to the victim; 1 out of 3 countries have not outlawed domestic violence. Moreover, in times of crisis, women face exacerbated risks of violence. During COVID-19 pandemic restrictive measures, women were stuck with their oppressor, faced difficulties in accessing to assistance services and suffered from the deserted public space. That is, their insecurity increased. Some countries put in place supplementary and suitable services to limit such violence, but the situation remains highly dangerous. Women should be protected from gender-based violence under any circumstances, regardless of their political, health and social situation.

Although violence against women is still a major issue, some progress has been achieved. Over the past 10 years, 96 countries have strengthened legal and policy framework to prevent and respond to violence against women; 85 countries have improved access to quality support services for victims of violence, according to UN Women. More recently, there have been a 22% increase in the number of conviction of perpetrators of gender-based violence in comparison to 2019. To build on this momentum, the international community and each State must take action by:

Geneva International Centre for Justice (GICJ) supports the fight for the elimination of all forms of violence against women and urge states to increase efforts to adequately protect victims. GICJ remains committed to put an end to impunity for perpetrators and calls upon the international community to take effective measures in order to combat gender stereotypes, all forms of discrimination and gender-based violence, and the misogynistic culture that objectifies women. The current health crisis makes it even more crucial to protect women and girls who are living with their oppressors. States have the primary responsibility to protect women and girls in all settings, by developing and implementing suitable legal framework. In this regard, we call on States to harmonize their domestic legislation with international law and standards, also by adopting the legal definitions on gender-based violence as recommended by UN bodies and instruments. GICJ urge states to develop and implement measures to prevent episode of violence against women and girls and held all perpetrators accountable.